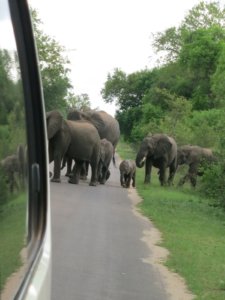 Africa seems a bit lonely without our friends the Norbergs and Wyatts. Just knowing we’re on the same continent, even if unable to visit in person, has a sense of comfort and comradery. On October 6th our home church was blessed to have Gary Norberg in the pulpit. I had texted several ladies asking them to give Stephanie “a hug from Debbie Wilhite.” I think she received 15. The Lord stirred me at 1:10 a.m. (yes, in the morning). Since I was now wide awake and our church live-streams the services, it was like being right there.  What a blessing! (My dear sleeping husband missed it the first time; but he’s listened to it multiple times via the CD message sent.)

We were ready for COMPANY and FRIENDS!!! Our own pastor and his entire family (minus the dog, cat, and chickens) arrived on the 10th to spend six very special, full days with us. What a blessed time that was! Some went to the nearby Lion Park where even the children could hold a lion cub…very carefully. Saturday we hosted a gathering of several of the works in which we’ve been involved. Julianna was relieved when a few ladies arrived to assume the making of the mealie pop. It was an enjoyable and challenging afternoon with preaching, food and impromptu games. It’s rare that young African men gather without someone finding a soccer ball to kick around!

Shopping, a double-date to a nice restaurant, some schooling and lots of happy playtime filled our days. It blessed my heart to see our young children renewing good friendships. May the Lord help our children to be and have lasting godly friend such as He’s done with us. 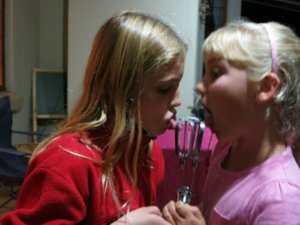 Debrianna and Alayna licking the beaters 🙂

How grateful we were that the Snouted Cobra who came knocking at our door waited till after everyone had left! A small book could be written about the lessons or analogies we learned as we became aware of the serpent residing in our back yard!

Jerry was invited to preach a series of meetings in the faraway land of Australia for 13 days. It was a memorable trip. We figured our family was simultaneously spread out on 4 continents since our son, Jonathan, was in China at the time. Between his return and Juli’s departure Daniel Kuenzi also paid us an overnight visit while he was on the continent for work. It amazes me how time marches on and children grow into adults. Daniel had been just a young lad when we first became neighbors YEARS ago. You can believe there were some funny stories to remember and retell! 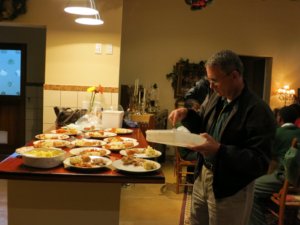 November brought us all back together before Julianna boarded the plane for a 6-week trip back to the States to visit her siblings, her nephews & nieces and be a participant in the wedding of her lifelong friend, Sarah Anger. Thanksgiving Day for those of us remaining was spent with Scott and Donna Kuzel. We were able to witness a baptism Scott had of a young man from the school where he preaches. It was a privilege to share my testimony with a group of girls from that same school. 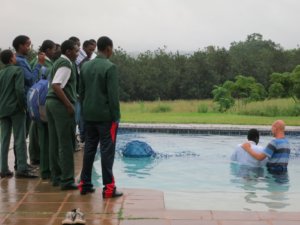 The next day our “guys” and I journeyed into Kruger National Park. We missed seeing a leopard, but were amazed again at God’s creation. Job 5:9 speaks of God “which doeth great things and unsearchable; marvelous things without number…” 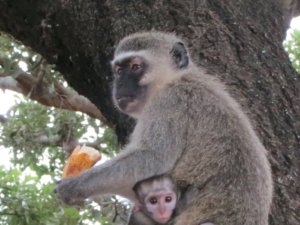 I think I’ve had enough of bats, though. After the monkey took our banana we hurriedly finished lunch and washed up. As I reached for the roll of toilet paper I disturbed a wasp residing therein. It was bad enough being stuck in this cubicle with a mad hornet, but when I flushed the toilet I came eye-to-eye with a bat resting on the window sill. I didn’t stick around long enough to take a picture!

But this week we found a bat resting in a crack on our dining room stone floor. We trapped it, transported it outdoors, and released it. I presumed (incorrectly) that it was dead…I won’t show you the video. 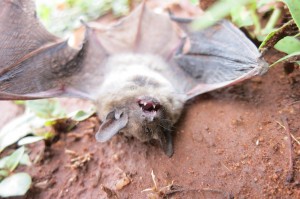 Ahh…life in Africa, anyone up for a visit? You could see it all in person!

Thanking God for His great things and unsearchable–because HE is so great, 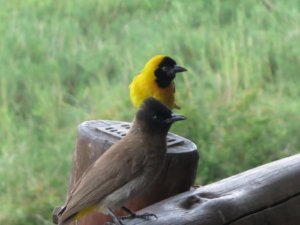 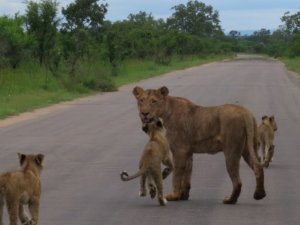 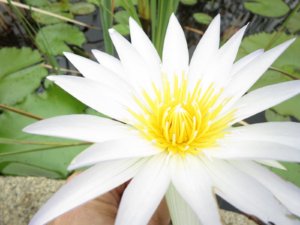 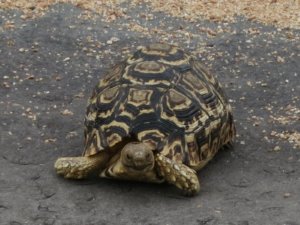 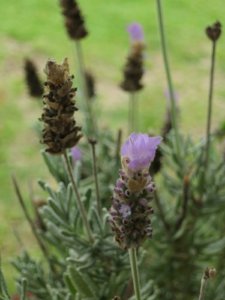 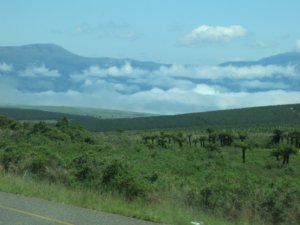 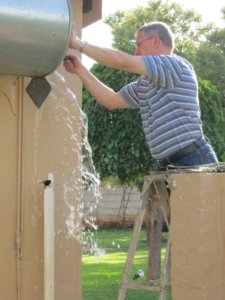 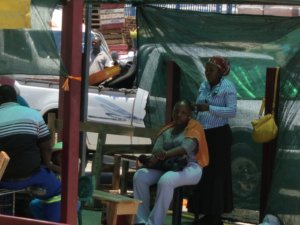