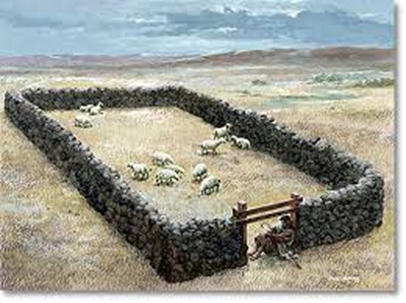 “Obey them that have the rule over you, and submit yourselves: for they watch for your souls, as they that must give account, that they may do it with joy, and not with grief: for that is unprofitable for you.”Hebrews 13:17

Last time we talked about how Boundaries Are Imperative—they’re needful and absolutely necessary for true freedom and purpose. This time I’d like to look at a different aspect of boundaries, taking a different angled approach to them—Boundaries Are Protective. What does protective mean? According to Webster’s 1828 Dictionary it means, “Affording protection; sheltering; defensive.”

Let’s think of a toddler who loves to play outside, but she lives next to a major road. So, her parents put up a fence in their yard so she can still play, but remain safe. That little toddler doesn’t understand the reason for the fence; she doesn’t understand that it’s there to protect her from walking out into the middle of the road. But now she has the freedom to play outside within the boundaries of the fence. [Remember, “boundaries are essential to freedom.” (Quote from Eve in Exile by Rebekah Merkle)] Her parents didn’t set up the fence to be mean or to be controlling. Actually, they loved their little girl so much that they were willing to put up that fence so she could still play, but stay protected. 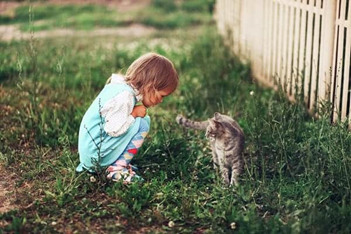 God has created and set all of His boundaries in His world, not just because He can, but for our protection. “And the LORD God commanded the man, saying, Of every tree of the garden thou mayest freely eat: But of the tree of the knowledge of good and evil, thou shalt not eat of it: for in the day that thou eatest thereof thou shalt surely die.” Genesis 2:16-17. God clearly told Adam and Eve what would happen if they crossed the line. The boundary He gave them was for their good. He didn’t want them to die. In Deuteronomy 11:26-28 God again clearly states the boundary lines, “Behold, I set before you this day a blessing and a curse; A blessing, if ye obey the commandments of the LORD your God, which I command you this day: And a curse, if ye will not obey the commandments of the LORD your God, but turn aside out of the way which I command you this day, to go after other gods, which ye have not known.” God told Israel both sides--what would happen if they obeyed and what would happen if they disobeyed. The children of Israel would be without excuse if they disobeyed. The consequences would be their own fault because they had the knowledge needed not to end up in destruction.

Back to the little girl…. The little girl’s parents tell her that she must stay inside the fence if she is to play outside. She doesn’t have to understand why or all the ins and outs of how a fence is protective from the traffic, etc. That’s all she needs to know for now. She now knows the boundary—inside the fence. If she goes outside of that boundary, she loses the privilege of playing outside--and possibly her life. 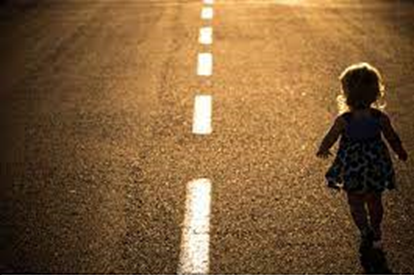 So, boundaries are there for our protection, but why do we need protected other than not getting run over by cars, as per our story with the little girl? “Be sober, be vigilant; because your adversary the devil, as a roaring lion, walketh about, seeking whom he may devour.” 1 Peter 5:8. We need protected from our adversary, the devil. We need to stay within the boundaries God has given so we don’t become devoured. “Beware of false prophets, which come to you in sheep’s clothing, but inwardly they are ravening wolves.” Matthew 7:15. “Beware lest any man spoil you through philosophy and vain deceit, after the tradition of men, after the rudiments of the world, and not after Christ.” Colossians 2:8. False teachers would seek to draw you away to their own ideas, all for their own gain with a whole lot of cost to you. “Put on the whole armour of God, that ye may be able to stand against the wiles of the devil. For we wrestle not against flesh and blood, but against principalities, against powers, against the rulers of the darkness of this world, against spiritual wickedness in high places.” Ephesians 6:11-12. Our battles are spiritual battles, spiritual warfare. The devil and his demons are behind everything this world is chasing after. Beware! Stay within God’s boundaries.

The devil is trying to deceive you and he will use whoever he can to do so, even someone or something that “looks good” or “looks okay.” You must listen to those who God has set in authority over you, whether your parents, if you’re still at home, or your pastor or Sunday School teacher or boss, even a fellow believer who’s in the same boat with you, they may see something you don’t.  “But every man is tempted, when he is drawn away of his own lust, and enticed. Then when lust hath conceived, it bringeth forth sin: and sin, when it is finished, bringeth forth death. Do not err, my beloved brethren.” James 1:14-16. Every single person born after Adam and Eve sinned, was born with a sin nature. We are bent towards sin. But God has given us His Word and the boundaries of His Commandments within His Word to protect us from sin. Because when we allow our lust to find root, the next thing that comes is sin, and then after that sin is completed, we die. We basically killed ourselves. Just like Proverbs 7:22-27 says “He goeth after her straightway, as an ox goeth to the slaughter, or as a fool to the correction of the stocks; Till a dart strike through his liver; as a bird hasteth to the snare, and knoweth not that it is for his life. Hearken unto me now therefore, O ye children, and attend to the words of my mouth. Let not thine heart decline to her ways, go not astray in her paths. For she hath cast down many wounded: yea, many strong men have been slain by her. Her house is the way to hell, going down to the chambers of death." This is referring to the foolish young man who purposefully walked by where he knew the harlot would be. He knew, but he was drawn of his lust. He basically ran to his own death. He knowingly leaped off the cliff, but yet foolishly thought he would be ok. And now he’s suffering for it. 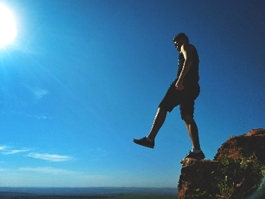 Let’s switch back to our story again and say that that little girl is now a teenager and she now fully understands why her parents put up that fence when she was little, and she also fully understands the dangers of cars and therefore she will not just run out into the road anymore. So, she also thinks she knows how to keep herself safe and her parents are holding her back by not allowing her to do the things some of her peers are doing. I mean after all she’s growing up and almost an adult. She’s old enough to make her own decisions, right? It’s so easy to think this way because it goes right along with our fleshly desires and with the devil’s lies he’s feeding us. He dresses things up so shiny and pretty and makes crossing over the boundary line that God has clearly laid look just like a “good Christian thing to do”, but he’s not out to protect you. He’s out to destroy you. There’s no freedom in the devil’s way, only slavery and bondage. You know the saying, “Sin will take you farther than you ever wanted to go, cost you far more than you ever wanted to pay, and keep you far longer than you ever wanted to stay.” That’s exactly why God has put boundaries in our lives because He knows this. Your godly authorities, your godly parents know this. The boundaries are there to protect you from destroying yourself. So, when godly authorities lay out guidelines for you, listen!—and be content without having to know all the details and trust that it’s for your good!

So going back to the volleyball analogy used in the first article on Boundaries, think of it this way: you’re a newbie just learning the ropes. You don’t understand yet the full ins and outs of why certain techniques or certain rules are necessary. You are just told to do it this way. Your coaches aren’t giving you this list of rules to be big meanies, no, they’re showing you what the boundaries are so you don’t make a mistake. A mistake that could cost you. If you decide not to do it the way you’ve been told because you don’t understand it or you don’t like it, you lose out on the privilege of getting to play because you can’t be trusted to obey the rules. You are destroying your potential of being good at volleyball when you don’t stay within the boundaries of the game. 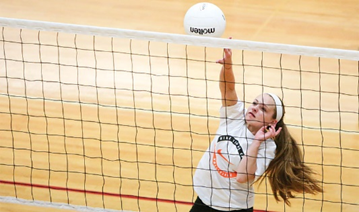 The same goes for you in life. You are destroying your life, by your own choosing, when you don’t stay within the boundaries God has clearly laid. Boundaries are protective, they are there for the purpose of your good. They are there to give you true freedom, freedom to be all God wants you to be!

Romans 8:2 says, “For the law of the Spirit of life in Christ Jesus hath made me free from the law of sin and death.” God’s Law brings freedom and life, but the Devil’s Law only brings sin and death.