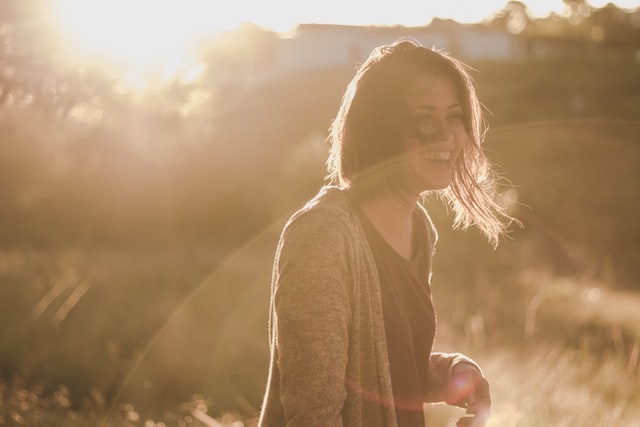 "And God made two great lights; the greater light to rule the day... And God set them in the firmament of the heaven to give light upon the earth, And to rule over the day... God saw that it was good."Genesis 1:16-18

Let’s sum that one up…God made the sun and called it good. But what do we hear instead? "Sun exposure causes skin cancer. Avoid the sun as much as possible. If you must be in the sun, then you should wear lots of high-SPF sunscreen to protect yourself."

Any time “medical science” tells you to avoid something God created, red flags should be going up.

“Medical science” says to limit sun exposure and to wear sunscreen whenever you will be in the sun. Then some studies showing a link between sun exposure and certain types of skin cancer is quoted. I challenge you to read the studies, and you will see the conclusion of the study does not logically follow its findings.

Human skin has been exposed to sunlight since day six (the sun was created on day four) and uses sunlight to make a vitamin D.

Despite these facts, doctors “discovered” that the sun is dangerous to human skin, and we should protect our skin from the sun’s damaging effects. It is the mantra of skin-care.

Life wouldn’t exist on Earth if it were not for the sun, so it strains believability that this same sun is now dangerous to life.

Did you know that there are several kinds of skin cancer? The most dangerous is melanoma. If sunlight exposure increases the risk of melanoma, it would be easy to prove by showing that you are more likely to get skin cancer on your face or other areas of your skin that receive the most sun. Melanoma is often on areas of the skin that have little sun exposure or no sun exposure at all. Let’s add to the fact that, the increase of sunblock (I am from the baby oil at the beach generation), hats, knowledge…there should be a decrease in melanoma; it has continued to rise.

There is plenty of research demonstrating that sunshine actually reduces certain kinds of skin cancer. One study showed that people who work outside in the sun are less likely to get skin cancer than indoor workers. Melanoma alone occurs more in areas with less sunlight. This not not the current popular thinking, but God called the sun good. So let’s think differently… what if, the problem is not with the sun, but the tissue on which it is shining.

Like the McDonalds drive thru menu, the sun hasn’t changed at all in the past fifty years. Maybe there has been some change in the ozone layer but the average human diet has changed almost completely in the past 50 years. If your building your house out of poor components, it may not withstand the elements as well. I don’t know any builder that would say, the mobile home didn’t stand as well as the brick home because of the weather! Remember the Three Little Pigs?!?!

Your skin is made of what you eat. Your skin is regenerated with new skin cells every month or two, and the new cells are made of the proteins, fats, and other nutrients you have eaten; have you supplied proper building material?

During this past century, we have changed from eating a mostly organic, vegetable nutrient soil rich food supply grown locally, to a mass-produced, grain-heavy, sugar laden and chemically altered diet.

So let’s take the halo off the medical and food industry…a white coat doesn’t make you pure. There is no money in saying "eat better." There is no money in removing a non-cancerous lesion, either. If it is called pre-cancerous, it almost doubles the pay rate. If the diagnosis is cancerous- even unconfirmed- the pay rate is up to four times the fee. The industry is set up this way and it’s actually called “diagnostic drift.” I think most people enter the field of medicine to sincerely help people, and like all of us, we do what we are taught.

At some point, blind following of “the science" (what a nebulous term that has become) will need to be stepped around for logic and reason. I am not advocating pure roasting, but I know maybe two people who have EVER tested within normal ranges for Vitamin D. Vitamin D is free... just get some sun! Maybe your body can only take in a bit at a time, but you NEED Vitamin D. I am aware I am going against the grain here, but I keep coming back to one thought...God called it good.