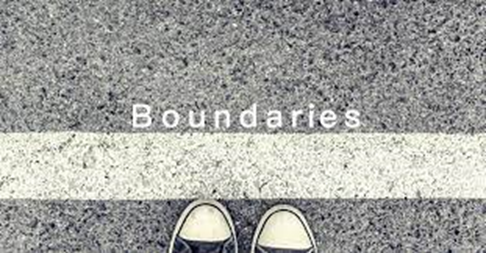 “Thy faithfulness is unto all generations: thou hast established the earth, and it abideth. They continue this day according to thine ordinances: for all are thy servants.”Psalm 119:90-91

What is a boundary?

What do you think of when you hear that word?

Do you have a positive or a negative reaction?

Webster’s 1828 Dictionary defines ‘boundary’ as being, “A limit; a bound. This word is thus used as synonymous with bound. But the real sense is, a visible mark designating a limit. Bound is the limit itself or furthest point of extension, and may be an imaginary line; but boundary is the thing which ascertains the limit; terminus, not finis.” So, whether visible or imaginary, there are boundaries set all around us. God is Infinite, but man is finite. God is limitless, but man needs limits. Just like Proverbs 29:15b states, “…but a child left to himself bringeth his mother to shame,” so man left to himself without boundaries placed, brings destruction.

If we but stop and think for a moment and look around us, we will find many boundaries that we often take for granted. Such as the very boundary of our skin. Without this boundary, all our blood, that we need to live, would just fall out. How about the boundary of the earth to the sun? If we were just a little closer to the sun, we’d all be fried. But if we were just a little bit further away from the sun, we’d all freeze. God placed the boundary perfectly! 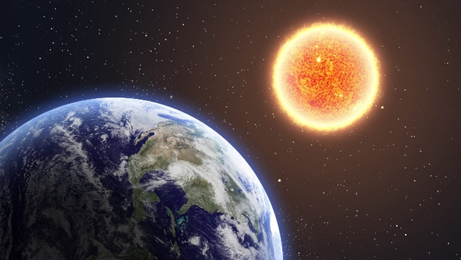 Think of the boundary of the oceans. God says in Psalm 104:9, “Thou hast set a bound that they may not pass over; that they turn not again to cover the earth.” The oceans cannot go past the boundary God as set for them. Then there’s the boundary of night and day. “The day is thine, the night also is thine: thou hast prepared the light and the sun.” Psalm 74:16. And the boundaries of the seasons. “Thou hast set all the borders of the earth: thou hast made the summer and winter.” Psalm 74:17. How about the boundary of gender? What does God say about this subject? “So God created man in his own image, in the image of God created he him; male and female created he them.” Genesis 1:27. You can’t get any plainer than that!

What about the boundaries of the Home? The world, and the devil behind it, is attacking this without restraint. Ephesians 5:23 says, “For the husband is the head of the wife, even as Christ is the head of the church: and he is the saviour of the body.” And Colossians 3:18-20 says, “Wives, submit yourselves unto your own husbands, as it is fit in the Lord. Husbands, love your wives, and be not bitter against them. Children, obey your parents in all things: for this is well pleasing unto the Lord.” Each member of the family has their own specific boundary. Notice, too, how these verses mention twice that it is unto the Lord. The Lord made the boundaries for His own glorification, that’s our job within these boundaries. 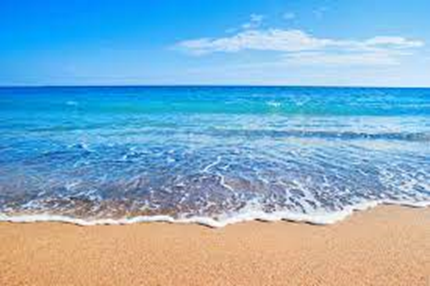 All these boundaries listed make life so pleasant if we but choose to see it that way. But too often we view boundaries in a negative light, as restrictive, and therefore bad. True, boundaries are restrictive, but they are there for our good. “…boundaries are essential to freedom.” (Quote from Eve in Exile by Rebekah Merkle)  Wait, what!? Boundaries are essential to freedom! “But whoso looketh into the perfect law of liberty, and continueth therein, he being not a forgetful hearer, but a doer of the work, this man shall be blessed in his deed.” James 1:25. There is a “law of liberty.” There is a boundary for freedom. “True freedom has to recognize boundaries.”(Quote from Eve in Exile by Rebekah Merkle) Boundaries are imperative for without them, only chaos reigns. Just look at our current world.

For example, think of the game of volleyball. The volleyball court has a boundary line to show whether the ball is in or out. There’s a net to divide the two sides of the court. There are rules of how to properly bump, set, and spike the ball, etc. Now, let’s say there was a team that found the boundary line around the court offensive, and because of that, they removed it completely from the game. And then another team sees how that worked for them, so they claim the volleyball itself is offensive to them and therefore it, too, is removed. And now these two teams say, “Alright, let’s play!” All the other teams would be like, “What!? No!” Why? Because it would be utter chaos. No one would know what to do without a volleyball. If the boundaries are removed, there is no game to play. There is no purpose in playing. Every single boundary is necessary to make up the game. The boundaries give you the freedom to play the game and win fair and square. 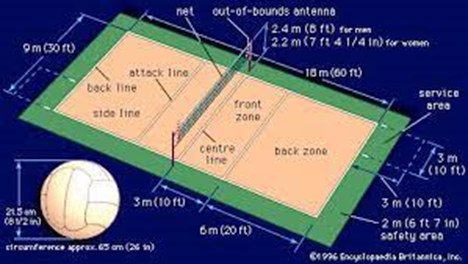 Remember, no boundaries, no purpose. Just like a picture frame. A picture frame completes the picture. The purpose of the frame is to make the picture stand out beautifully, but a broken frame is useless, for it takes away from the picture it is trying to display. Where’s your focus? 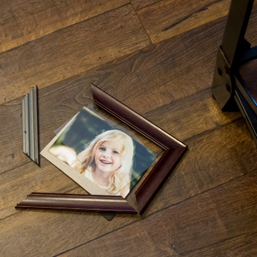