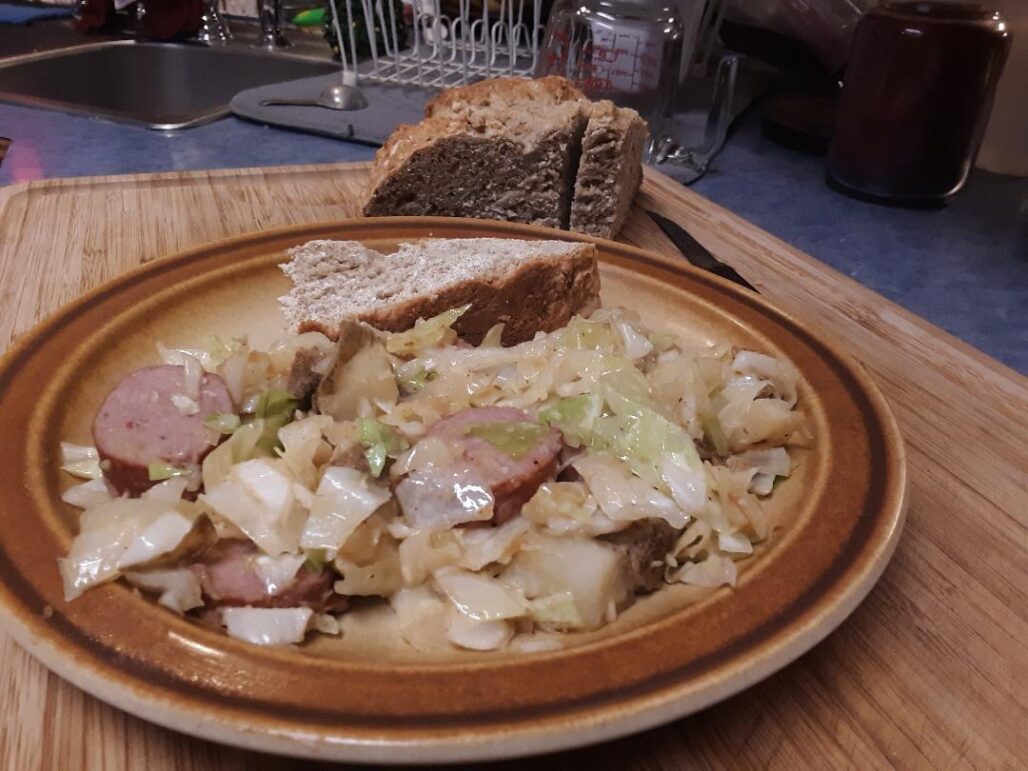 Going through old cookbooks from places like Germany or the British Isles, you can clearly see differences in their recipes than countries of, for example, Italy, Spain, or Greece. Though all these countries are part of Europe, they have very different growing seasons. The same can be said here in the states. The northern states could not produce tropical fruits such as oranges and grapefruit like Florida and California do. We are very blessed today to have transportation that can ship fruits and vegetables to us northern states. Not all countries enjoy this luxury. Yet there are foods that grow in those harsh northern climates that the people have enjoyed for centuries and have created numerous recipes over the years to give variety to there everyday staples. Cabbage is a very hearty vegetable grow in the cooler climates in places such as Ireland, the British Isles, and Germany. This is reflected in their recipes handed down from one generation to the next. These hearty vegetables grow despite the cold and the rains. They were given this endurance by our Creator to feed those who dwell in these places. The same Creator has placed us where we are for a reason. He has given us the same fortitude to grow and flourish in the climate which He has specifically placed us in.

Often, I wonder why I have been put here at this time. Why now? Why not sixty years ago or even two hundred years ago? Why not in a different place? Why not someplace where I can make a difference?

Okay, so yes, I do over think everything. I just need to take a step back and look and tell myself that there is a reason that God has put me here. I may never know this side of Heaven the whys, but I can rest assure that it was no accident that God has put me here. Mordecai told this in Esther in Esther 4:14 “…and who knoweth whether thou art come to the kingdom for such a time as this.” Sunday nights, one of our pastors has been going through the book of Esther; I have enjoyed the messages immensely. When we reach this verse, it really hit me hard. I know this verse; I grew up hearing about the story of Esther, and like any little girl, I wanted to be like Esther - it is the perfect ordinary-girl-turned-Queen story. I wanted to be like Esther and do something great and save a nation from annihilation. But I am not even close to Queen Esther, I am not married to a king…I am not even married…yet God has put me here where I am for such a time as this. Now what am I going to do with my life? Just because I have, in a human perspective, very little influence, I can still follow Him and do His will for my life, even if it is just waking up every morning to go to work.

So, I may never get a Queen Esther experience, but there were other brave ladies who did not save a whole race of people, but followed God’s plan for their lives. Just recently, I read in my devotions about the widow of Zarephath. Which made me think how she might not have saved a race of people like Esther, but she trusted God and fed Elijah the man of God even though she had nothing left. Because of her faith, God provided for her, her son, and Elijah through the famine. This lovely lady is never actually mentioned by name, but she obeyed God, and although to many it may seem like a simple thing of feeding the prophet Elijah, she was following God’s plan for her. God placed her there in her situation for such a time as this.

So, what does my such a time as this look like? No, I am not a Queen, but I can do the things God has given me to do full-heartedly, whether that is making that meal for a new mother or working in the nursery during church. What responsibilities has God given you?

God made different plants to survive in certain climates to provide nourishment to the people of that region. He has made each of us differently and given us a sphere of influence that is ours alone. What are we going to do with it? Why not flourish where God has placed us? Though it may be cold and lonely, God has a reason for placing us where we are and for such a time as this. 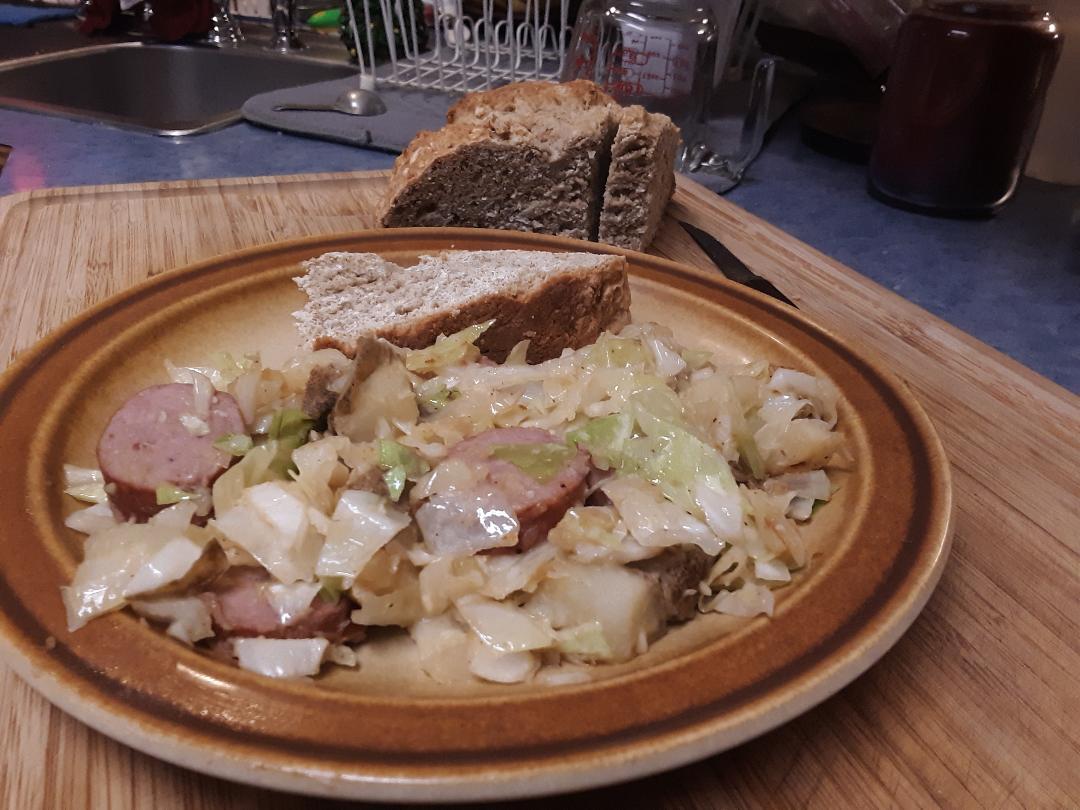 Mince onion and garlic together.

Cut potatoes in bite sized pieces (I leave the skins on, but they can be peeled if preferred). Heat butter and olive oil together in large skillet (I use a Dutch-oven) when heated cook potatoes until softened and slightly browned put in the onion, garlic and sausage. Once sausage is slightly browned add in chopped cabbage. Cook until tender.

Rachel was born and raised in a Christian home. She was saved at a young age for which she is thankful. She has lived in Pennsylvania her whole life. She worked in a bakery for 16 years before moving on in another direction. She has enjoyed cooking and baking over the years especially those foods rich in history. She is passionate about history and the stories of those who had so little yet were able to provide meals for their families. She appreciates the ingenuity behind the recipes written by those ladies who have pioneered the trail of food preparation before us. Food is an essential part of life and there is nothing sweeter to her than sitting together and sharing a meal together with family and friends.