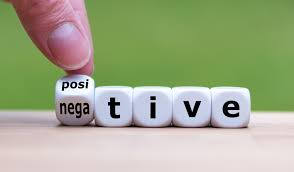 “She looketh well to the ways of her household, and eateth not the bread of idleness.”Proverbs 31:27

It was late at night. Darkness surrounded us out on that country road. We came around a bend and all of the sudden two huge, hairy objects were bearing down on us. I screamed wide-eyed in fear. This had never happened to us before. We had driven this road many times growing up and were quite familiar with the numerous hills and sharp curves. But we were not at all ready for what met us around one of those corners… My brother was driving my sister and me home that night in our little, green Hyundai Elantra hatchback—more commonly known as “the cracker-box.” We had spent a lovely evening visiting our grandparents out in their country home, one of our favorite places to go. My parents had met us there and were following behind us in our white minivan. We stayed late because it’s never fun to leave Grandma and Grandpa’s house early. That’s why it was so dark that night. Nothing was out of the ordinary until we turned the corner of that one bend in the road next to the red barn. The picture I saw framed by our windshield and illuminated by our headlights was of two huge, cream-colored horses rear ends. They were standing in the middle of the road enjoying the evening on the other side of their fence. It all happened so fast that I didn’t even remember grabbing my brother’s arm, which he made sure to point out after it was all over. So, yes, I screamed, grabbed my brother’s arm that was holding the steering wheel and watched as the horses’ legs got closer and closer to the front of our car. Right at the last second, they realized they should move and literally took off running right before we hit them. If the Lord hadn’t been watching over us that night, I’m not sure if we would be here today. Two Clydesdale-sized horses coming through a tiny Elantra hatchback windshield…. Well, I think you get the idea. So why am I telling you this story? Impact. This event in my life made such an impression on me that I can still see us coming around that bend and those two horses bearing down upon us in my mind. This happened several years ago. Even though the black skid marks on that country road eventually faded away or got paved over, the memory of that night still lives on unforgotten.

The definition of the word ‘impact’ as found in Webster’s 1828 Dictionary is simply, “touch; impression.” That’s it. Just those two words to describe one word that actually holds so much meaning! Did you know that you can have such an impact on someone just by touching them? This can be a simple hug, a peck on the cheek, a tickle to a child’s tummy, a hand on the shoulder or a slap to the face, a kick to the shins, a shove to the arm, etc. Whether it’s a positive touch or a negative touch, each of these ‘touches’ can strongly affect the recipient, meaning they can have a great impact adversely or beneficially. And then there’s that word ‘impression.’ An impression is something that leaves an imprint that can be seen for quite some time. You know how you’ve heard people say, “That left such an impression on me that I’ve never forgotten it!” Or something made such an impression on their life that they changed their behavior due to that specific event. I think we can easily say that having an impact on someone’s life is a very important and very serious matter to consider. But how does this fit into being a homemaker? Glad you asked! 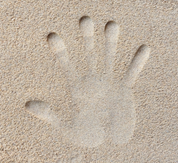 “The labour of the righteous tendeth to life: the fruit of the wicked to sin.”Proverbs 10:!6

I’ve been reading a book off and on recently that has to do with little, everyday decisions that impact your life further down the road. The author keeps punching at how these little decisions at first don’t seem to affect your life much, but if you look back after many years have passed, you see the major impact that they really did have! So, we as homemakers have the opportunity to impact our homes in the same way. How so? It’s all in the little, moment-by-moment, daily-grind decisions that we make. I can decide either to wash up the little bit of dishes in the sink now or later. The impact this decision has on me can go one of two ways. At the end of the day, I can sit down and spend time with my husband because the dishes didn’t take long after supper, or I now have a mountain of dishes to do because I left that little bit from earlier. If I had chosen to fold the laundry as soon as the dryer went off, I wouldn’t have to fluff them up again later. Supper would be ready on time if I had just gotten the meat out of the freezer to thaw when I first thought of it that morning. These all seem very minuscule, but what we do in the little matters we are likely to do in the bigger matters. A weightier matter would be in how you discipline and train your children while they’re young. As the Bible says, “Train up a child in the way he should go: and when he is old, he will not depart from it.” Proverbs 22:6. This starts in the little decisions to teach them “no,” to teach them to share, to teach them to say “thank you,” to teach them to be kind, etc. You will see in the years to come the impact of which way you chose. It’s never ‘not a good time’ to be consistent! That little choice to be consistent will have a huge impact on their future and your future, too! Be oh, so careful of listening to that little lie that says, “This isn’t worth it! It’s not making a difference anyway!”

“Let no corrupt communication proceed out of your mouth, but that which is good to the use of edifying, that it may minister grace unto the hearers.”Ephesians 4:29

Back before I was married when I was still living in Missouri, I helped teach the 3-5 year old Sunday School class in our church. You teach 3-5 year old’s on a very simple level, but sometimes it sure can seem that they aren’t getting anything. I remember one particular Sunday morning in class… the other teacher who I worked with was asking the kids if they remembered what they had learned from last week’s lesson by showing them the picture of their take home sheet. One of the kids piped up with a very specific answer and we teachers were both floored! It was such an encouragement to our hearts that day, they are really listening, but we had to be patient and wait to see the fruit of weeks upon weeks of teaching! 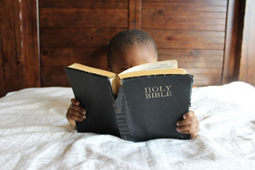 There are some examples in the Bible about this very topic. How about Lois and Eunice, remember them? They were Timothy’s Grandmother and Mother who were only mentioned once in Scripture in 2Timothy 1:5. Paul states that these ladies had “unfeigned faith” that they apparently passed down two generations to Timothy. They had such an impact on Timothy’s life that he came to know Christ and then became a preacher of the Gospel! How about Daniel? The teachings he received as a youth impacted him deeply enough that he took a stand for what was right, and then later in his years, his decision to continue to stand for God impacted King Darius’ life and the lives of the people of his kingdom. (Daniel 1 & 6) Then there’s Esther, a young woman who was thrown into the midst of something she never wanted to be a part of, but she chose to do what was right no matter the cost and impacted the entire Jewish nation and even all those of the Persian kingdom. (The Book of Esther) Think about David, Joseph and Mary, Peter, Paul and their stories that impact us today! But there are also negative impacts seen in Scripture, too. Eli and his sons Hophni and Phineas are a clear example of this. Eli’s lack of discipline in his son’s lives impacted them deeply enough that they were eventually killed by God’s Own Hand for their wicked acts. (This story is found in the first few chapters of 1Samuel.) There’s also Aaron, Moses’ brother, who’s leadership position at this point in time impacted the children of Israel so adversely that they worshipped an idol instead of God. (Exodus 32) How about Samson? He had such potential to impact so many people for the glory of God, but he chose to follow his own fleshly desires and ended up impacting lives for evil. (Judges 13-16) Some other Bible figures that stand out as having negative impacts are King Saul, Job’s three friends, Isaac and Rebecca, and even Adam and Eve, but they are all listed for our learning, for we, too, also make decisions that negatively impact those around us. “For whatsoever things were written aforetime were written for out learning, that we through patience and comfort of the scriptures might have hope.” Romans 15:4. What is also important to note though, is that with these negative impact stories, God was merciful. God allowed second chances and some of these people were also used by God to have a positive impact. Just because you’ve failed in the past doesn’t mean that you’ve lost your chance. No, you can stop now, change directions, and start being a positive impact!

“But whoso shall offend one of these little ones which believe in me, it were better for him that a millstone were hanged about his neck, and that he were drowned in the depth of the sea.”Matthew 18:6

“A word fitly spoken is like apples of gold in pictures of silver.”Proverbs 25:11

My life is impacting those around me ALL THE TIME! This should cause me to seriously consider what I think, what I say, what I do, where I go, etc., because whether I like it or not, I’m either impacting for good or for evil. Your life is doing the same. What kind of impact do you want to be?

“Let us not therefore judge one another any more: but judge this rather, that no man put a stumblingblock or an occasion to fall in his brother’s way.”Romans 14:13