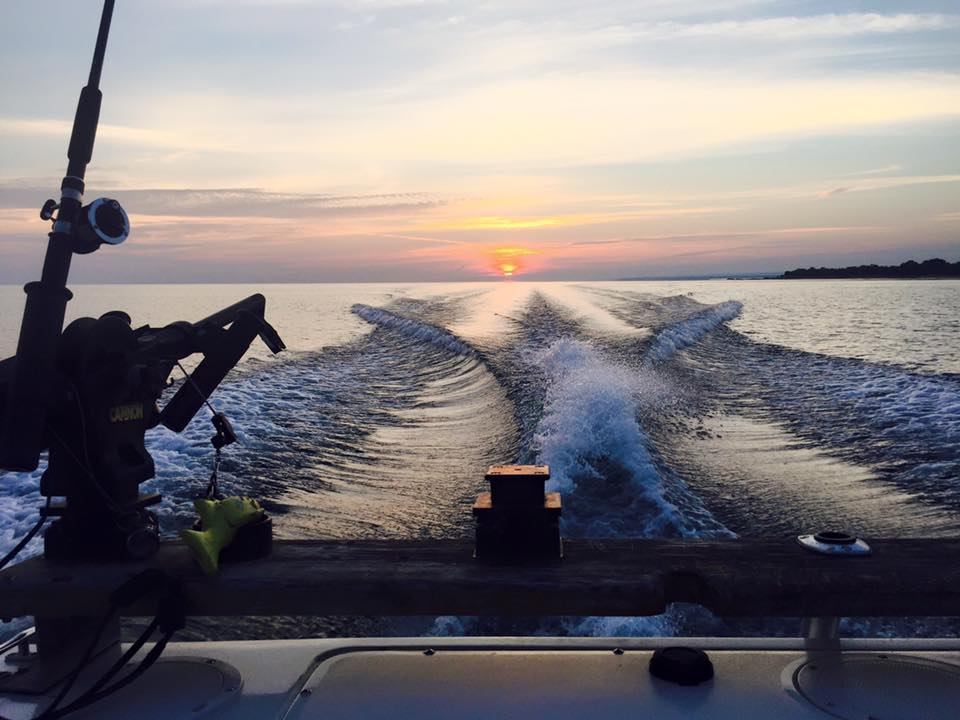 Have you ever caught a fish?

When you get one on the line, the fishing rod bends and the line straightens with tension. The fish immediately regrets its choice of dinner and begins fighting for survival in an attempt to become free from the line to which it’s become attached. In order to keep the line from snapping, the fisherman must be patient, allowing the fish to get tired, before reeling it in. The fish continues to swim in every direction, opposing the way that it is destined to end up: into the hands of the fisherman.

A Christian fighting the will of God resembles the fish on the line. Our flesh is resisting every way that it knows, refusing to submit to the will of God for our lives and thus, turning away from our heavenly Father who always knows what is best.

2020 has been… different… and for many it has been very trying, especially in the working world.

For a good majority of the year, I was this floundering fish and found myself pulling at the line in an attempt to swim far away from what God had set before me. But in all actuality, I was attempting to distance myself from God. I allowed my carnality to take over and chose to be fixated on my imaginations of "what used to be" while lusting over "what could be" in regards to my new job description that changed overnight. I was tugging at the line and heading toward danger.

But every man is tempted, when he is drawn away of his own lust, and enticed.

The lack of faith coupled with my incorrect view of God began a season of sin; I viewed my problems as larger than God. As I willingly fought the hook, I allowed my pride and ungratefulness to increase the gap, which continued growing as my imaginations and complaining got stronger. As a result, the fruit of the Spirit ceased to be produced, and I constantly found myself in a bitter, self-pitying state, thrashing in every direction, and dreading tomorrow. I found myself avoiding fellowship with God and brethren, wallowing in the deep blue sea of "poor me."

For I say, through the grace given unto me, to every man that is among you, not to think of himself more highly than he ought to think; but to think soberly, according as God hath dealt to every man the measure of faith.

But God, who is rich in mercy, for his great love wherewith he loved us.

t was not until I humbled myself, repented, and sought contentment with gratefulness toward the current events that I was able to submit to God’s line of submission. After repenting of my sinfulness, my perspective changed, and I was able to see why He specifically chose this line for me. He may have had to tug on it a bit, but by His marvelous grace, as soon as I chose submission, I found abundant blessings. This included multiple opportunities to both demonstrate and share the love of Christ with others. As I submitted to the fishing line’s path, my joy became full and once again, closer to the mighty Fisherman and brethren, farther from the dangerous abyss with sharks and other sea creatures... Once again, I felt restored with God and others with the longing to continue strengthening those relationships.

Humble yourselves therefore under the mighty hand of God, that he may exalt you in due time.

A fish cannot choose its environment, but it can choose where to swim. In this case, we’d be wisest and safest to swim near the boat of the One who chose our line and knows what's ahead. Although my willful wrongdoing allowed me to be drawn away, His mercy and extreme patience proved stronger than my struggle to break free myself from life’s current events. God’s loving, compassionate hand kept me from danger and reeled me in toward Himself.

Paul chose to rejoice while in murky waters yet on the line of God’s will:

But I rejoiced in the Lord greatly, that now at the last your care of me hath flourished again; wherein ye were also careful, but ye lacked opportunity. Not that I speak in respect of want: for I have learned in whatsoever state I am, therewith to be content.

Let this mind be in you, which was also in Christ Jesus: Who, being in the form of God, thought it not robbery to be equal with God: But made himself of no reputation, and took upon him the form of a servant, and was made in the likeness of men: And being found in fashion as a man, he humbled himself, and became obedient unto death, even the death of the cross.

If Jesus, the Son of the living God, thought it not robbery to be a servant on this sinful planet, how could we justify feeling any other way?

It is not until we humble ourselves, like the Lord Jesus Christ, that God reveals Himself and a piece of His plan to us. When sought, abundant blessings can be found amidst any trial! Whether we find ourselves in rough, rocky rivers, smooth, glassy seas, or mundane, murky ponds, the most patient Fisherman is a merciful Father surrounded by an abundance of love, reeling His children through the safest paths of His perfect will. As we await being reeled upward and into His boat on the perfect day, are you content with God’s will for your life?

I beseech you therefore, brethren, by the mercies of God, that ye present your bodies a living sacrifice, holy, acceptable unto God, which is your reasonable service. And be not conformed to this world: but be ye transformed by the renewing of your mind, that ye may prove what is that good, and acceptable, and perfect, will of God.