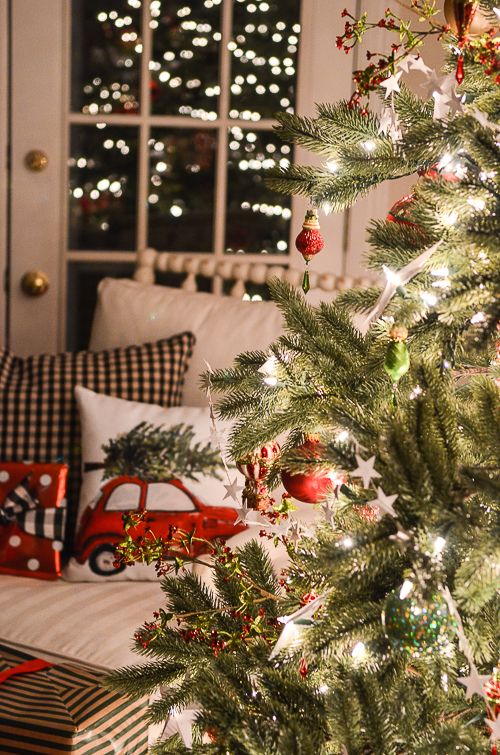 ‘Tis the season for Christmas plays, concerts, cantatas, and “Journey through Bethlehem” programs. Most people attend these events without too much thought about what’s going on behind the scenes, right? The audience is treated to amazing visuals and stunning sound effects, almost to the point of sensory overload.  As the night comes to a close, the lighting and sound design is not going to be the hot topic of conversation on the way home…. unless there was an obvious error. ☺

As I’ve been reading the Christmas story found in Matthew and Luke, my attention has been drawn to all the behind the scenes happenings of the birth of Christ that have been extremely fascinating to me. It’s so incredible to think about God perfectly lining up details for a specific purpose. Let’s take a look at some examples.

After Mary was engaged to Joseph, she was found to be with child. Joseph didn’t want to make her a public example and decided to put her away privately. While he was thinking about these things, an angel appeared to Joseph in a dream telling him not to be afraid. As Joseph listened, the angel explained who the son would be.

Matthew 1:22-23 – “Now all this was done, that it might be fulfilled which was spoken of the Lord by the prophet, saying, Behold, a virgin shall be with child, and shall bring forth a son, and they shall call his name Emmanuel, which being interpreted is, God with us.”

This verse states it so clearly: “now all this was done, that it might be fulfilled…” Oh blessed thought, God has a marvelous purpose in mind! Mary’s only question (in Luke 1) was, “How shall this be, seeing I know not a man?” The reply? “For with God nothing shall be impossible.” (Luke 1:37) Arm yourself with this truth, even when the questions are swirling around and the doubts are crashing down.

After Jesus was born, the wise men came from the east to Jerusalem with a question: “Where is he that is born King of the Jews? For we have seen his star in the east, and are come to worship him.” Matthew 2:3 says Herod the king was troubled by what he heard and so was the rest of Jerusalem. How’s that for stirring up the whole town? Herod then deceptively told the wise men that he too would like to worship the new King, so he charged the wise men with the task of searching diligently for the young child. After they left, the star went before them until it came and stood over the place where the young child was. The wise men rejoiced with exceeding great joy, came into the house, fell down before the young child, and worshipped him.

The Bible uses the term young child, so I think it’s safe to assume the wise men were traveling for several months to get to this point. After stopping in at Jerusalem, they moved on to Bethlehem and found Jesus. There they worshipped Him before departing into their own country another way after being warned of God to avoid Herod. Herod was no fool and realized he was mocked of the wise men. In his wrath, Herod decided to kill all the children that were under two years old.

As a mom of three, that is an unspeakable tragedy. Apparently the moms of that time thought so too as there was great mourning. But, oh, to see behind the scenes:

“Then was fulfilled that which was spoken by Jeremy the prophet, saying, In Rama was there a voice heard, lamentation, and weeping, and great mourning, Rachel weeping for her children, and would not be comforted, because they are not.” (Luke 1:17-18) I don’t understand it all, but I do know that a prophecy from long ago was fulfilled as a direct result of this heart-wrenching situation.

Right after the wise men left Jesus, an angel appeared to Joseph (again!) telling him to flee to Egypt because Herod was on the hunt for Jesus. Joseph took this warning seriously and went under the cover of darkness to Egypt. Once again, Luke 1:15 tells the reason why: “And was there until the death of Herod: that it might be fulfilled which was spoken of the Lord by the prophet, saying, Out of Egypt have I called my son.”

In circumstances like these, the eye of the flesh sees the unknown, uncertainty, and at the very least, inconvenience. But the eye of faith sees the consistent Hand of the faithful God working behind the scenes to do all things well. After Herod died, the angel of the Lord appeared to Joseph in a dream (third time!) stating Joseph could return to the land of Israel. But it wasn’t a walk in the park even after that. Joseph, Mary, and Jesus came back to the land of Israel only to find out that Herod’s son Archelaus was now reigning in the place of his father. Did all their fear come rushing back? Probably. Fear is a human reaction. But God was not done. He provided a way of escape and directed Joseph to “turn aside into the parts of Galilee: And he came and dwelt in a city called Nazareth.” I think you know where I’m going with this… “That it might be fulfilled which was spoken by the prophets, He shall be called a Nazarene.” (Matthew 1:22-23)

At this time of Christmas fun and excitement, remember God is still the behind the scenes. He is working all things together for His Will, especially those parts that don’t seem important and necessary. In the midst of trials and what appears to be chaos, we can be assured God is perfectly fitting together all the experiences to reveal a picture only God can see.