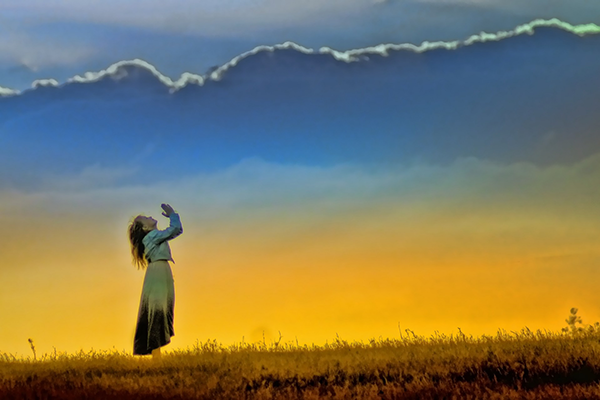 It was my second time doing it and so I was a little more confident about it than I had been on my first border run. Still, after the American in front of me crossed the border in mere seconds while I stood there for ten minutes, I was feeling a little nervous again. Finally, with great relief, I stepped out of the office and started to cross the bridge that spanned the Mae Sai River.

Halfway across the bridge I crossed the street, since Myanmar drives on the opposite side of the road from Thailand. Once I was stamped into Myanmar, I was besieged by taxi drivers and the like, all trying to convince me to see the sights. I walked by, looking into their faces a little more steadily than I had the first time.

That time, with stories of Myanmar, the Wild West of Asia, running through my head, I had ducked and avoided all eye-contact. I had been terrified that all of my daydreams about adventure and peril would be punished with the reality of kidnapping. Vanishing into the wild hills of Myanmar, never to be seen or heard from again.

However, this time, I was more confident. I even wandered through the market, trying to avoid the stares and the obvious interest that shop owners had for me and my American wealth. Soon though, I felt fatigue and also my lack of lunch. I went to the cafe I had gone to before. The Circle Cafe, so named because it was directly beside the traffic circle right next to the bridge.

Here, with my lunch ordered and a coffee at my elbow, I got my book out and inserted my earphones, ready to drown out the chatter of other customers and do some serious people watching. The cafe is practically outdoors, a covered platform hedged by a wrought-iron fence. It is almost in the street and beside it is a large canopy where motorcycle taxis are parked, their drivers lounging in the shade, their eyes glued on the opening of the bridge, where tourists pour into this country, ready to see what they can see.

I watched them clap and hoot at potential customers, swooping in when eye-contact is made or a hand is lifted to beckon them over. They are sharks and the people coming over are minnows. It was highly enjoyable, as they know almost no limit to the behavior they will employ to catch a rider.

I ate my lunch, my eyes moving from sight to sight, pleased to be the observer and not the observed. Soon though, I noticed someone shuffle to the edge of the cafe, their hands lifted and their eyes fixed on me.

It was a beggar, the glass he offered was stained in a circle about an inch from the rim. It shook but his eyes gripped me. They were solemn and steady.

I felt deeply sad. There are no words to describe it. I knew what he wanted. I had it in my pocket and I had hands to clasp it and arms to extend the charity to him. He wanted money. However, I could not give it to him, no more than I could give a baby a sharp knife. The shake in his hands and the stain in his glass showed me where my money would go.

I wanted to help him. I wanted to give him what he was asking for, but I knew that he would drink it. If I knew he would use it for good, I would give him all the money I possessed.

It was as if God spoke.

“Ye ask, and receive not because ye ask amiss, that ye may consume it upon your lusts.”

The man stood perfectly still and I vaguely heard the taxi drivers call to him and to the owners of the cafe to get rid of him but I only saw those eyes.

They pleaded with me. I felt tears come. He really believed that he needed it, that my money would answer the cry of his soul.

If you give this to me, I will truly be happy.

I recognized myself in his eyes. I’ve pleaded like this before.

I knew the request God was putting His finger on. I could picture myself, hands out, glass stained with my own lusts, pleading for it. He could have given it to me, but then He would have been less righteous than I, looking into the heart of a drunkard, refusing to give something I knew would destroy him.

Is God less generous? Is He less wise? Does He love me less than I loved this ragged stranger? I cannot claim that God would be less kind, less wise, less loving than I. Therefore, I can trust that if it was best for me, it would be poured out in abundance.

The beggar was compelled to leave and I stared after him in stillness, even as the border mayhem rushed about me. God whispered peace and truth to my heart. The thing I sought and any request I made would have been given if it was good.

“God is too good to be unkind and He is too wise to be mistaken. And when we cannot trace His hand, we must trust His heart."Charles Spurgeon