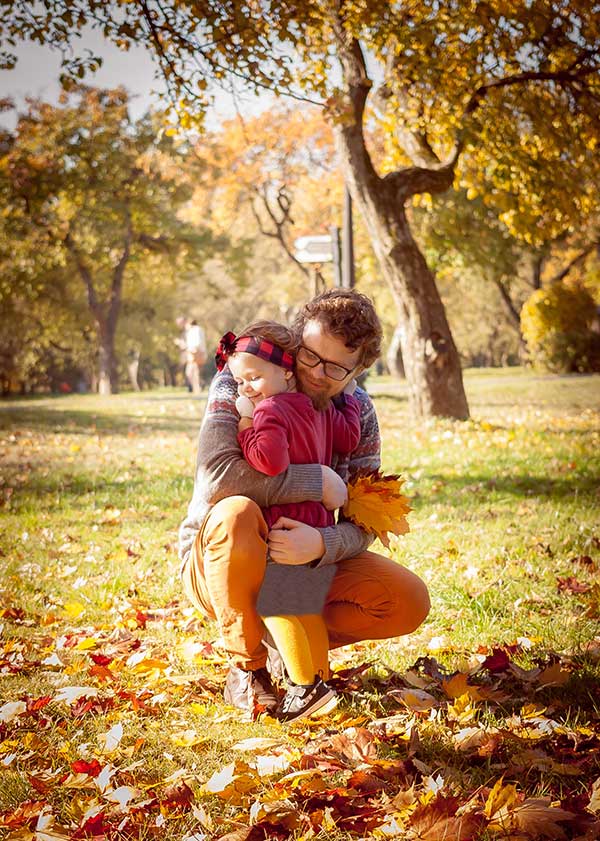 There was a young girl without a father’s love.  He was present, yet lost interest when she began to speak; he was hurt by her preference of her loving mother.  The pursuit of love began during her very early childhood years.  Each semester, she would rush home to share her outstanding report card or leap with excitement to give him the best gift for father’s day.  Subconsciously, she was attempting to be loved by the only man that she loved.

Instead of acquiring the love and reinforcement that she needed, she was interrupted with the highlights of her father’s work day.  By the end of elementary school, she had learned to share her achievements with one whom raised her: her mother.  Her adolescent years passed with a constant feeling of inadequacy.  As each season of sports ended, her hope of seeing him in the stands diminished.  She envied the girls on her team who had devoted, loving fathers, who were oftentimes coaches.  “What could I be doing wrong?” she thought.  Questions about the day rarely surfaced at the dinner table, there was rarely any conversation at all other than  his focus: himself.

By the end of adolescence, the father and daughter relationship was nonexistent.  With the yearning desire to be loved, she sought worldly means in hopes of winning over someone’s heart.  If she couldn’t win her father’s heart, maybe a young boy could be the fulfillment of her empty heart. Better yet, why not a few more than just one?  More must be better.

Gradually, her clothes became more revealing, plaguing her body image.  Food became an enemy, and many self-destructive tendencies developed.  She knew how to manipulate people to get anything she wanted, in any circumstance.  The lustful eyes of men (and women) applauded her self destruction. “Finally, I will be loved,” she thought.  One impure relationship after another kept her feeling adorned, but she knew that her heart remained discontent.  Each break-up continued the evaporation of fragmented trust for everyone around her, fueling the preference of being alone.  She was acquaintances with anyone that responded hello and had a few ‘friendships’ that were shallow and from a distance.

As high school began, her partying days did as well, quickly learning how to seduce anyone she wanted for the night- mastering the skills for the upcoming college scene.  By her senior year of high school, she was capable of successfully manipulating any situation that crossed her path, for her favor.  The people that she hurt in the process did not equate the hurt she endured, therefore there was no remorse.

College wasn’t much different, and the destruction continued in the downward spiral.  By the end of freshman year, dignity was a distant memory.  But who needs that when you have unbelievable stories to share with anyone that would listen the next morning?  Sometimes, she would wake up without any recollection of how she got there or whose bed she was sharing.  Oftentimes, she wondered how she was still alive with the risqué situations she skated through, yet she continued her weary pursuit with a sense of invincibility.

Her father no longer knew her interests or studies in school, and the excitement of going home to visit quickly morphed into defeat when she realized that he was still more excited to spend time with his friends than with her.  The family next door showed more interest with questions than he ever did while home for spring break.  The broken girl’s mother did all that she could to make up for his disinterest, but it did not change the emotional neglect from the one that she was supposed to call ‘dad.’  And in someway, the more love that her mother demonstrated, the more she became bitter.

The gaping void in her heart deepened as the self destruction worsened.  A coupling of negative self talk and more toxic relationships resulted in attempts to ‘drown the senses’ with more dangerous drugs and alcohol.  The danger grew as negative self talk began to bud into thoughts of taking her own life. Nobody knew and nobody would notice - so she thought...

Many young ladies have similar stories, sadly never finding the love that they desired.
But this girl’s story ends differently…

Along the pursuit for love, she met a faithful Christian, who pointed her in a direction of which she’d never considered.  She learned about God’s love and how He demonstrated the greatest love towards everyone in this dark and dying world.  He was a Father that wanted her love and even went through incredible lengths to write a book for each soul. This book was the Bible: a lamp for her journey in search of love.  The path remained dark, but for the first time, this light provided her with a more secure hope to finding it. The Bible made the world’s deceptive lights as useful as the source of one lightning bug in a large field at midnight. The eternal lamp slowly opened her eyes to learning more about a heavenly Father’s love for her.

"But God commendeth his love toward us, in that,
while we were yet sinners, Christ died for us."Romans 5:8

As God continued to show her His love, she gradually began to believe that He could be trusted. Her heart softened as the light shined on her dark, angry, and sinful heart.  “How could He love me? I don’t deserve it,” she wondered. For the first time in her life, the pursuit was not for the approval of a man, but for something much greater:  approval from God through salvation in Jesus Christ!

Interests slowly morphed, as her heart yearned to learn more of God’s truths in His Word.  The more time she spent reading, the greater the illumination of her need for a Saviour. The vivid remembrance of her deliberate sins, increased the desire of possessing the cross-shaped cure of redemption once and for all.

Upon the very instant of being Born Again, her heart was changed, and she knew that she had found the love that she had always needed, along with a new Father that will never let her down.  She is a daughter of the only One who can paint the sky with brilliance, create/remove life, and transform any broken, willing soul.  Her Father is known as love, gently corrects her fleshly tendencies, and He promises to never leave nor forsake her. The once dark, hopeless journey has become a vibrant, purposeful adventure, as she remains in her Father’s marvelous light!