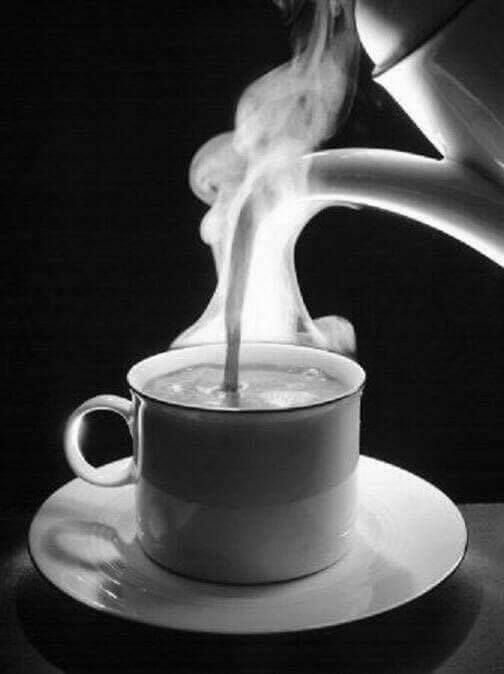 It is winter time now here in South Africa. As the night time temperatures dip down into the 40’s, the tiles and cement walls in the house get colder, making the temperature inside the house quite cool. Since we don’t have a heating system or a fireplace in the house, we depend on the sun during the day to warm things up a bit. And we drink a lot of hot tea to help keep us warm in the mornings!

As I was thinking about a cup of tea today, I remembered this devotion that I had given at a ladies’ meeting over 20 years ago. I went looking for it on my computer, and would you believe I still have it???? So, here you go—a rerun from the past!

How do you make a good cup of tea? If you look on the internet, like I did, you will get all kinds of discrepancies. The bottom line—no one agrees on what makes a good cup of tea! Depending on where you live and how you grew up, you might like it strong or not so strong, sweet or unsweetened, bitter or weak, with cream or without. The differences even range from how much tea to use (Some use up to 6 tsp of tea leaves per cup—most others say one tsp of tea leaves) to whether to add the milk to the tea, or the tea to the milk. But the bottom line—no one likes a cup of tea that tastes bad.

Sadly, in our world, there are those who call themselves Christians, but the world would call bad tasting. They are not living the way they should be, and their testimony leaves a bad taste in the mouth of those they are around. They are like a bad cup of tea.

If your life as a Christian were compared to a cup of tea, what kind would you be?

Would you be weak? Not too many people like their tea weak. However, according to the English, all Americans drink their tea weak. One website I found said that “the American habit of bringing a teacup, a tea bag and a pot of hot water to the table is merely the perfect way of making a thin, pale, weak watery cup of tea that nobody in their right mind would want to drink.”  They go on to say that “Americans are all mystified about why the English make such a big thing out of tea because most Americans have never had a good cup of tea.” So much for the English opinion!

If you were a cup of tea, would you be bitter? Bitter tea is caused by brewing the tea too long. Theoretically, tea should brew for 3-5 minutes and no longer. The longer the tea brews, the more tannin is released from the tea, which causes the bitter taste. Also, finely ground tea, such as that found in tea bags, releases tannin quicker. So if you don’t want bitter tea, don’t leave your tea bag sitting too long in the hot water.

A bitter Christian is caused when we don’t take advantage of the grace of God. (Hebrews 12:15) I have known my share of bitter Christians, as I am sure you have too. Sometimes we even let it creep into our own lives. The Bible says in that same verse that bitterness is like a root, which grows down deep and is hard to root out. But if we don’t root it out, it affects our life and defiles the lives of those around us. No one likes to drink a bitter cup of tea.

There is not much you can do if your tea is bitter. No matter how much sugar or milk you add, the bitter taste is still there. You just have to dump it out and start over. Isn’t that just so like a bitter Christian? No matter how much we add to our Christian lives, no matter how many good deeds we do, or how involved we get at church, the bitterness will not just go away. It will hinder us in our Christian life and in our walk with the Lord. The bitterness must be dealt with—uprooted and gotten rid of. Then we need to allow the Holy Spirit to fill us and control our lives.

If you were a cup of tea, would you be stale? A proper cup of tea uses water freshly drawn from the faucet before it is boiled. Stale tea is caused by using water that is not freshly drawn from the faucet. If water is allowed to sit for awhile, or if it has been heated and reheated several times, it will lose oxygen and the full flavor of the tea will not be released. Stale tea also comes from using tea that has set on the shelf for a long time and not been used. Or tea that has been brewed and left to sit in the pot for several hours. When you go to drink it, it has become stale—not good to drink

If you were a cup of tea, would you be cold or lukewarm? This is caused when you leave a cup of tea sitting too long before you drink it. Even though there are many differences of opinion about how to make tea, everyone agrees that to get the proper flavor of tea, it has to be made with boiling—not just hot—water. Some people even warm the teapot first, so the boiling water will not be cooled down too much when it hits the pot. No one likes a cold or lukewarm cup of tea. If your tea gets cold or lukewarm, it is best just to throw it out and start over.

Jesus does not like a lukewarm Christian either. He says in Revelation chapter 3 that it makes Him sick enough to throw up. Lukewarmness as a Christian comes when we sit too long, taking it easy, and forget that we were put here on earth to do a job. Lukewarmness comes when we get away from Christ, slow down in our Bible reading and prayer life, stop being faithful in witnessing. How do you overcome lukewarmness? Go to the Source of heat. Draw close to the Lord and get warmed up again.

If you were a cup of tea, would you be sour? Sour tea is caused when you add milk that is soured to your tea. Because of the heat, it will curdle and cause the tea to be soured.

A sour Christian is caused when we allow worldly and ungodly things into our lives and let them become the focus in our life. These things don’t agree with us because we are in the world but not of the world. Our memory verse for this week, 1 John 2:15-16, tells us plainly that we are not to love the world or the things in this world. As Christians, those things sour us. We become ineffective in our Christian lives when we allow the things of the world to come spilling in our life.

I hope you don’t prove to be a bad cup of tea. 1 Peter 1:16 tells us, “Be ye holy, for I am holy.” When we spend time with the Lord, it causes us to become more like Him. That is the cure for bitterness, staleness, sourness, lukewarmness, and weakness in our life. Spending time with the Lord through prayer, Bible reading and fellowship with other Christians is the way to be a good cup of tea!