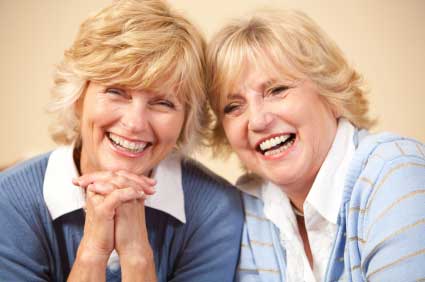 We have looked at several of these myths already. These “myths” are things that you will hear from time to time from others, and if you are not careful, you will adopt them as truth in your life. Do not just accept the opinions of others, but make sure that what you believe is founded on reality and not on myth.

Myth #8:
A grumbler speaks for everyone.

Reality: The minority must not be allowed to rule a church.

If we always want to please everyone, one complainer will spoil our day and put us down in defeat. Sometimes, if we are not careful, we will be overly concerned about the vocal few. Too often a small group of outspoken, critical people will hold a church and pastor hostage.

Every pastor and his wife can give examples of this in their ministry. It might be the old deacon that comes to the pastor and says, “Everyone in the church is against that.” But then when the pastor investigates, he finds that the old deacon and one other person are the only ones against it. Or it might be the church gossip that whispers in the ear of the pastor’s wife, “I just wanted to tell you that all the ladies think your dress is way too flashy.” But upon further investigation, the pastor’s wife will find that only that one woman doesn’t like the way she dresses.

The loud opinions of the critical minority give them more influence than they deserve. Looking beyond these outspoken critics is hard to do, but it must be done. One negative expression must be balanced by many in the congregation who admire their pastor’s ministry and home. Too often we allow the pesky minority too much control, and award cantankerous attitudes by giving such people too much attention.

If a troubled minority is allowed to control us and hinder progress, our lives in the ministry will be miserable. But when we view the majority of the church people as loving, positive and eager to do right, we start seeing the critical few for what they are—troubled individuals speaking their own opinions. Six affirmations will keep us from being overwhelmed by idle words from the unhappy but vocal minority.

* Remember no one person speaks for everyone, even though they might think they do and even say they do.
* When anyone says, “Everyone is saying” or “Many people feel this way” they usually mean, “I am saying and I feel this way.” They might have one or two other people that feel the same way, but it is usually a small minority.
* Minority reports frequently come from people who like to talk a lot and who do not expect to be taken seriously. They also come from people who are jealous of you and your family.
* Measure your life by purposes achieved, triumphs won, lessons learned and good accomplished rather than by what people say. Don’t squander your life by responding to cynicism, fault-finding and gossip.
* The majority of people do right most of the time, so you can usually discount rumors that the sky may be falling and people are about to declare mutiny against you.
* Remind yourself that the minority are exactly what their name says: the minority. Most often they speak for themselves, sometimes for their friends, occasionally for the several, but rarely for the entire congregation.

Contentment is an inside job. It has to do with our heart and our attitude. Those who try to find it in external events or circumstances are disappointed. Satisfaction in the ministry will not be found if you expect it to come from other people, or if you wait for more favorable circumstances.

You must break the assumption that material possessions bring happiness. They do not, and they never will. Contentment does not depend on the circumstances of our life, what other people do, or how much we possess. It is a choice that we make.

The apostle Paul said, “I have learned in whatsoever state I am in, therewith to be content.” That needs to be our heart attitude also. You will never be content when you are looking at what you do not have. Focus instead on what God has given you and learn to be content!

Reality: Expect people to move and be surprised if they don’t.

Wishful thinking makes us want to believe that the best church members are going to be around forever. Generally speaking, few church members stay for a lifetime. In our mobile society, few people stay planted in one area for any length of time. But it works two ways. Some leave your church and others move into it.

What can we do? Be open to new people. Accept them gladly. Urge them to get involved in the church. Don’t allow yourself to get depressed when those who leave are close to you. Remember they must follow the leading of the Lord, just as you must.

Always be quick to recognize and treasure the grand richness that Christian friendships bring. Today, we have friends literally all over the world. What a blessing to hear from them and hear what God is doing in their life and in their ministry. I am thankful that I have had some part in their life. I love this quote I found several years ago, which should be the motto of every wife whose husband is in full-time ministry. It says:

Some people come into our lives and quickly go.
Some stay for a while and leave footprints on our hearts,
and we are never ever the same.

Conclusion: These are just a few of the myths that I have come across during our time in the ministry. I am sure there are many others that you could add as well. The important thing to remember is that they are just myths. They only affect your life if you choose to believe the lie instead of searching for the truth. Don’t let a myth destroy your usefulness to God and your ability to be a helpmeet to your husband.