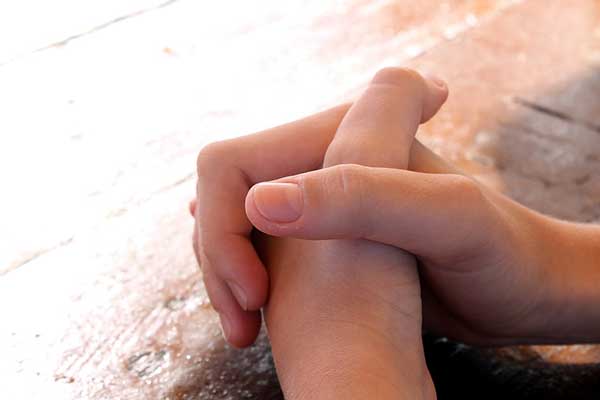 The story of blind Bartimaeus is a familiar one…

Jesus was leaving Jericho with his disciples, thronged by a great number of people. Bartimaeus was probably sitting where he always sat, doing what he always did, begging. Dependent upon the generosity of others to continue eking out an existence as best as he could, with no hope for any type of future. He, of course, could not see what was causing the tumult, but he could hear the commotion made by so many people trying to go in the same direction at the same time.

He asked what it meant, what was causing such a stir. The answer came that Jesus of Nazareth was passing by. Jesus! Surely, he had heard of Him, heard how He healed many, even those afflicted with the same problem that he had. His immediate response was to cry out, to lift up his voice as loud as he possibly could, saying, “Jesus, thou Son of David, have mercy on me.”

The people nearby were annoyed; why did he have to be so loud? They couldn’t hear what Jesus was saying! They were not afraid to tell Bartimaeus to hush, but the more they hushed, the more he yelled. He cried in desperation: it was his only chance to be healed. It was his only chance to have life granted to him. Otherwise, he would be condemned forever to be a beggar with no real purpose. He needed Jesus.

Jesus answered his cry for mercy by asking what Bartimaeus wanted from Him. Without hesitation, Bartimaeus pleaded with the Lord that he might receive sight. Ah, no difficulty at all for the Lord! In response to the faith of Bartimaeus, Jesus spoke, and immediately, he received his sight. What must that first look have been, looking upon the face of Jesus Christ! Bartimaeus’ only response was to begin following Jesus, wherever He might next be going.

This wonderful story has truth in it for us. Bartimaeus could have simply looked at the crowd passing as a great opportunity to get some extra money. How often, we are looking for the temporal things to satisfy our needs, rather than going to the One Who alone can truly meet our need. Are we seeking temporary relief in the pleasures of earthly possessions, or are we looking for satisfaction in Christ alone?

Jesus stood still when He heard Bartimaeus’ cry that He might answer his petition. Still today, His ear hears the cry of the individual. His ear hears your cry. No matter what chaos and confusion might be happening all around you, He always hears, and He stands still for you. But are we calling? Perhaps we are not calling because we doubt His ability or willingness to hear. Jesus healed Bartimaeus according to his faith; do we have the faith that the Lord can and will meet our needs?

And this is the confidence that we have in him, that, if we ask any thing according to his will, he heareth us: And if we know that he hear us, whatsoever we ask, we know that we have the petitions that we desired of him.1 John 5:14-15

Whatever our need, however desperate the case, we can call to our Lord and know that He will stand still to answer us. He is never too busy, never gets annoyed, and never reaches His limit of ability or willingness. What a wonderful Savior we have!