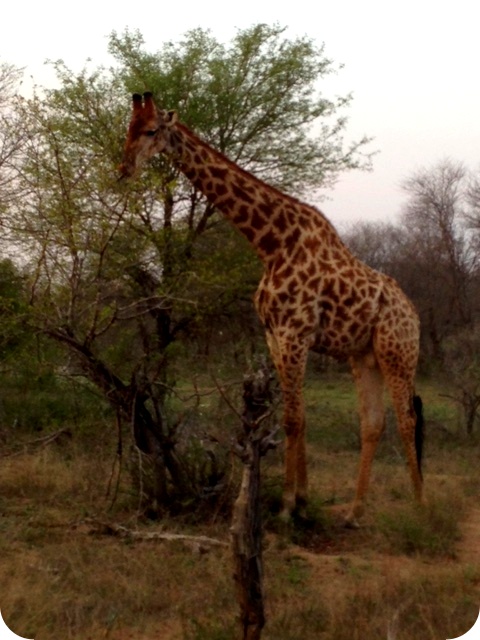 When flying into the airport, it is looks so similar to the United States. Big city, modern airport, and a crowd of people gathered, eagerly scanning the passengers for the one they are waiting for. And yet, after leaving the airport… how different it is.

Seeing stands set up all around to sell fruits and vegetables and other wares, the ladies with children tied on their backs with a towel, others balancing heavy loads on their heads, villages with huts smaller than one room in a normal house, and occasionally even a giraffe along the side of the road… all these are poignant reminders that it is a much different place that the United States.

To the missionary, this has become the “normal” way of life, but yet, it is not normal. Here is a slight view (from an outsider’s perspective) of the life of the missionary:

It is night time…

Time to lock up the house. But this is not simply turning the lock on the front door or closing the windo 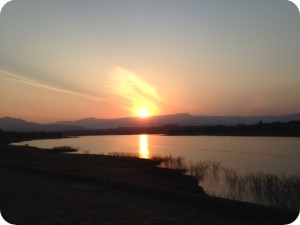 ws on the first floor. Rather, it is the clanging of the gates, latching them securely in front of the door. It is pulling the curtains closed behind the barred windows. It is the whoop of the alarm as the “eyes” watching the yard turn on. Finally, the metal gate can be secured in front of the hallway.

Now, they can rest secure for the night. And yet… there are break-ins. There are robberies and assaults. There are still dangers. The neighborhood guard may not show up tonight, which has become common. How can they rest with the constant threat to safety? Truly, “Safety is of the Lord.” And, “Ye that fear the Lord, trust in the Lord; He is their help and their shield.” They rest because they know they have greater protection that a metal gate or a security system.

It is morning time…

Time to begin the day. It is quiet and peaceful, other than the bird that attacks the window from seeing his own reflection…and all the birds joining in chorus…and now the neighborhood 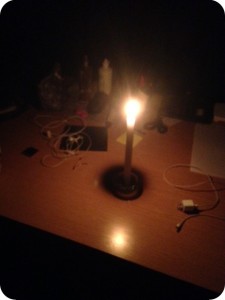 dogs (of which every home has one or two or more) take up the challenge to see who can outlast the other in scaring away the garbage truck or do their best to fight with one another through a stone wall.  It is a matter of course that the ants have shown up again in the bathroom, but at least they have stayed out of the bedrooms.

Other than this, the day starts like a day in the States – breakfast, preparing for the day, homeschooling, training children, computer work, cleaning, refereeing, problem solving, setting up Bible studies….

And then the power goes out.

And now, dinner will have to be changed because the oven is no longer available. The children have trouble focusing on their school because the air is so warm and oppressive. The internet is turned off, so the call with family in the States is abruptly cancelled. But they adjust, remembering, “The heart of man deviseth his way, but the Lord directeth his steps.” They recognize that it won’t last forever, and that His strength is made perfect even in this weakness.

It is Bible study time… 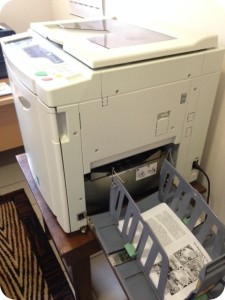 Time to meet one-on-one with someone interested in the things of God. The time and place have been set and verified. But now, they do not come. The one that showed such interest in obeying God decides it is too hard. This one is busy, and that one is stuck in another village. Another has grown suspicious of the missionary and refuses to believe the truth. Even the church members have become preoccupied with earthly affairs. And so, though so much has been invested, yet little fruit seems to come as person after person, study after study, seem to just fall away. Yet, they refuse to grow cynical. They are “co-labourers with God.” Therefore, it is His work, and they trust Him and continue seeking souls.

It is church time…

Time to assemble to worship and hear from God. This means a half hour drive to the village; 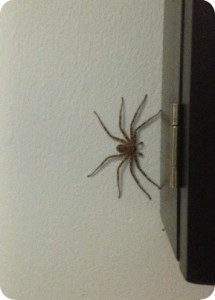 only this week, they have to go a half hour beyond to pick up a family eager to hear the Word of God. This means waiting for a while until the couple that is coming is able to get dropped off by the taxi. This means bouncing over dirt roads, avoiding potholes, people walking, and animals that might wander into the road.

Church means crowding together in a roofless structure with only a tarp, as the wind blows the cold rain into the middle of the group. Or, the next week, praying for a breeze to cool the sweltering air and slapping the bugs that crawl up from the dirt floor. It is trying to concentrate on the message, while children roam in and out, music blasts from the church next door, a steam roller begins working right outside, or people wander by. It is patiently waiting for every sentence to be repeated in a foreign language that is still far from being familiar. It is appreciating long testimonies, though it mean balancing a little longer on the rickety chair in the uneven dirt. And it may even mean staying home because no one will come because of the storm and there is nowhere dry to meet.

Yet, they continue weekly meeting because they see how God has transformed the lives in one family; where hate and lies and anger rested, now because of the gospel of Christ, there is peace and souls are being saved. They delight in seeing the people taking the initiative to start Bible studies in their own neighborhoods. They faithfully endure the inclement weather because they see the darkness all around them and long to share the Light of the World with those precious souls. They do not stop teaching and preaching because God has promised that His Word will not return void.

…and like everyone else, there are many burdens the missionary must carry.

Burdens for their children to love and serve God, to find a place somewhere in the middle of two cultures, to have friends when the few they have seem to disappear, to be sufficiently trained mentally and physically….

Burdens over the increased expenses that the government or landlords unexpectedly drop on them….

Burdens for the faithful people they work with who struggle physically, financially, and spiritually, who must fight against the cultural norm to do what God has commanded….

Burdens for their loved ones back in the States who may have health problems or other needs, but are too far away to help….

Burdens for their church family, to see them continue faithful, to be fruitful, to have God’s hand in their midst….

Burdens for the lost souls they see all around, to see place after place where the Gospel has not reached, and yet still having only one life and so much time to reach out to them….

Burdens for the blinded eyes and spiritual darkness and the deceived religions that are all around, leading people to hell.

But they in the midst of all the burdens remember, “Casting all your care upon Him, for He careth for you.” They rely on the One Who promises to sustain those who cast their burdens upon Him. And they rest in Him and allow Him to carry their burdens.

This is the life of the missionary.

The struggles they face are not dissimilar to those faced by those not on the foreign field. Yet, they struggle without the support of the church family. They endure the attack of the enemy who would defeat their work for the Lord. It is only by a constant reliance upon the Lord that they are able to continue through the way, fraught with adversities. And they rejoice to do so! For as they face the battle, they see the conquering King of kings come to their aid in miraculous ways.

As they are confronted with disappointments in the ministry, they have the God of all comfort and the God of peace with them, reminding them that He is still at work. As they are perplexed over how to precede with such a great need all around, they find the Lord their Shepherd and Guide patiently directing each of their steps. It is an honor and a privilege to them to serve their Savior on the foreign field, and they gladly give their all in love for the One Who gave Himself freely for them!