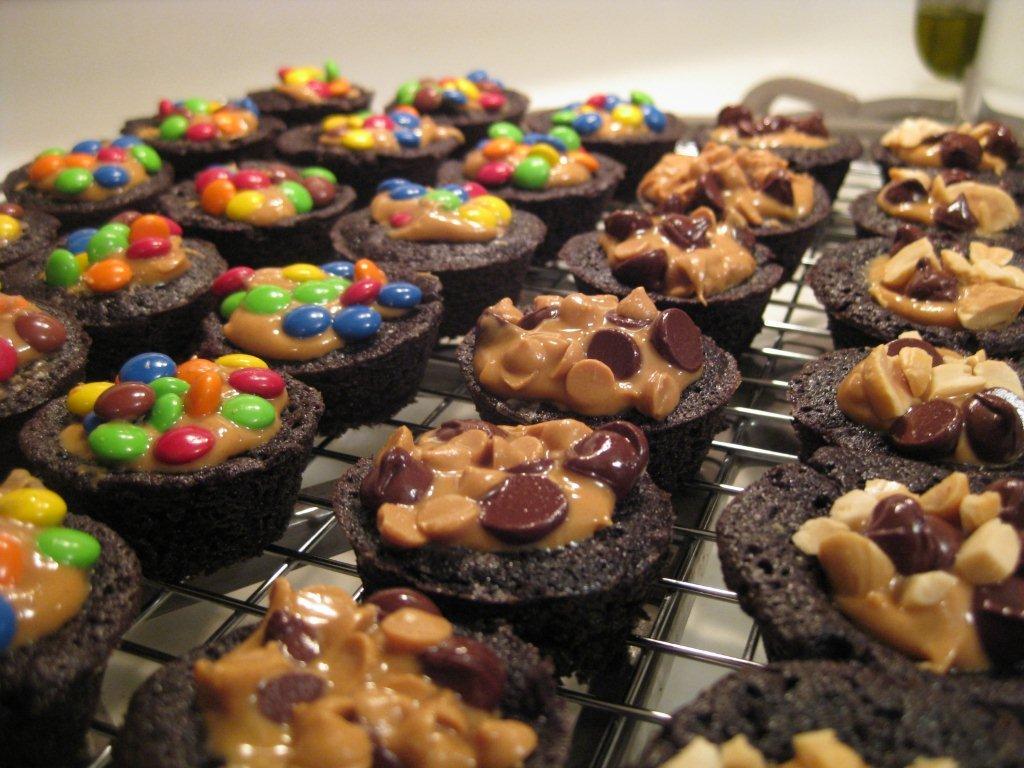 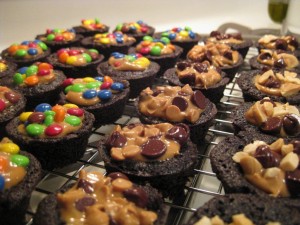 Amanda Anger shares with us a new recipe that she has been making quite a bit lately. Amanda said, “I made the recipe one evening after work, and it took about an hour to turn out a batch of 4 dozen brownie bites, which were gone within 24 hours! Since then, I’ve made at least 5 other batches, each time they were big hits”. After sharing a batch with co-workers and guests, at the hotel where Amanda works, she had a guest ask for the recipe! “She couldn’t believe how easy they were when I explained how to make them!”

These “tiny taste treasures” are appealing to the eyes and popular with kids as well as adults. I made some with peanut butter & chocolate chips, but as you see in the pictures, I also used mini M&M’s, as a treat for my grandkids. They now reside in my freezer, waiting for a visit!

at least 1/2 jar of peanut butter

at least 1/2 bag of chocolate chips

Preheat the oven to 350. Make the brownie mix as directed on the box and spoon into greased mini muffin pans, till the cups are about half full. Bake for 13-15 min. 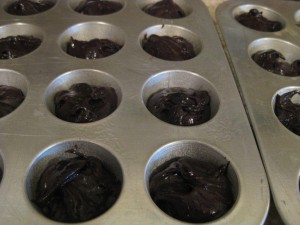 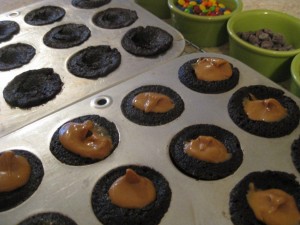 Grab a small handful of the peanut butter and chocolate morsels and sprinkle generously into the peanut butter. Seriously, don’t skimp on the chips! Let them cool completely in the pan. One recipe makes about 4 dozen, though it does vary based on the yield of the original brownie mix. 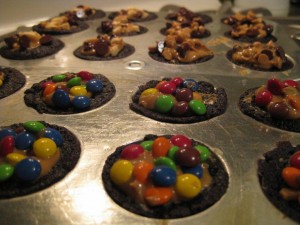 Have fun with these variations:

Use big muffin pans instead of mini! Use chunky peanut butter instead of smooth! Use your own brownie recipe instead of a mix! Use Reese’s Pieces or diced Reese’s Cups instead of chips! Be creative – with ingredients like peanut butter and chocolate, it’s hard to go wrong!