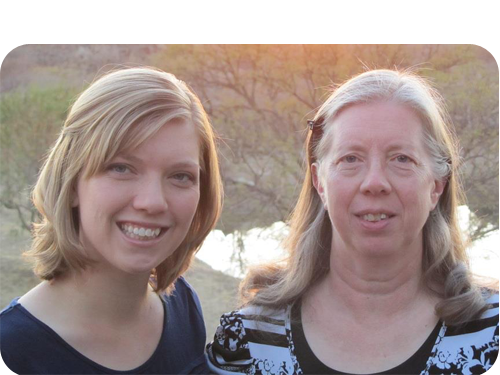 We’ve all heard others joke about it, or perhaps have realized it ourselves, that one day we open our mouths and our mothers come out. I’m not sure what is most startling about this realization for us. Perhaps it is just the fact that we often become very much like our mothers, in the phrases used or the little tics that we have – but perhaps there is more. Maybe it is more the realization that we want to be like our mother. What used to be annoying when we were a know-it-all teenager or felt patronizing when we were in our early twenties, suddenly starts to seem so wise as we get older. We find ourselves parroting the same advice, prodding our loved ones the way that our mother used to prod us. Those who have lost their mothers will freely admit they wish they could go back and just have one more “mom-lecture”, that special way that only a mother can give it.

When it comes to mothers, I feel myself to have been greatly blessed. Indeed, my mother is like a superstar in my eyes and someone that I look up to, perhaps more than anyone else. I want to be like my mother. As I am in the final countdown days of my first pregnancy, and approaching my first Mother’s Day, I find myself often thinking about motherhood and how I can be the kind of mother that God wants me to be. More and more, I turn to the example of my mother and realize what a treasure I have in her.

One day we open our mouths and our mothers come out.

My mom is one of the wisest people that I know. She is not a very talkative person and is not going to be the life of the party. But when she speaks, you know that she has something worth saying. She can quote more Scripture than anyone else I know, and yet, she is always reading her Bible. Some of my earliest fond memories are of the quiet evening hours, sitting and playing on the floor, with Mom always sitting in her chair with her Bible and a cup of tea. She would be reading her Bible in the morning when I came down for breakfast, and often throughout the day, would take a few moments to just sit down between loads of laundry or piano lessons to read a few verses to herself. She has always had an insatiable love of God’s Word.

From the time I was very young, I knew that my mother was in demand as a counselor. This was partly because of her role as a pastor’s wife, but mostly because of her reputation. She is a great listener for those who have troubles to pour out, and then she always has a kind way of pointing you back to the truth of God’s Word. Secrets are safe with her, and that makes her trustworthy and a valued friend. Often I would come home in the afternoon or come downstairs in the evenings to find Mom sitting with a lady from the church, someone who dropped in because they had a problem they needed to chat about.

My mom is a hard worker. Apart from the moments where she would put her feet up and read her Bible, she was always busy doing something. She would plant large gardens each summer and can and freeze the produce for us to eat year round. She always had delicious, homemade meals ready each evening, with special Sunday meals and birthday meals never being missed. She helped Dad with his ministry duties, and she wrote – a lot! Books and Bible studies have been written by her, which have blessed so many. She planned Ladies Retreats, taught piano lessons, took care of the church special music schedule, and entertained visiting missionaries and preachers for years, in addition to cooking and cleaning and doing laundry for the Hammett crew. I never once heard her complain about her responsibilities!

Most of what I am writing is in the past tense, and that is because six years ago, she did what I think few nearly 60-year old grandmothers would want to do – she got rid of nearly everything in her house and moved halfway across the world to follow her husband. Perhaps that is the sort of adventure that every 20-year old dreams of, but at just a time when most women want to be settling down and enjoying the ‘empty nest’ and the joys of the next generation, Mom moved to Africa, to live in a third-world country, surrounded by people who speak another language, and live in a culture entirely unfamiliar. Leaving behind her aging parents and some of her beloved children and grandchildren, she followed God and her husband. To me, that is an admirable example.

My mother is like a superstar in my eyes and someone that I look up to, perhaps more than anyone else.

Of course, Mom will be embarrassed when she reads all of this, and she will say that she is not anyone special. (Although I disagree with that…I think she’s pretty special!) And truly, the point is that she is and always has been just a willing servant for whatever the Lord wanted her to do. When she had babies at home, she was a faithful caretaker and used her extra time to learn more about the Lord and study His Word. When she had ministry responsibilities, she did them with cheerfulness, even when she felt unequipped. The Lord helped her and gave her the words to say as she counseled and prayed with hundreds of ladies through the years. When the Lord gave her a burden to write, she was merely obedient to write what He laid on her heart, in hopes that someone would be blessed by that. And when the Lord told her to follow her husband to Africa, she faithfully started sorting and packing and preparing to live there as long as He wants!

Indeed, I am so blessed to call this woman my mother. I can’t imagine having anyone else as my example and I want to be just like her when I grow up.