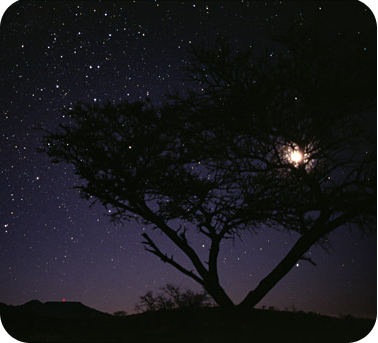 On one of my trips to Africa, we were sitting in the house one evening, when the power suddenly went out.

What do you do when the power goes out in Africa? Go outside and look up, of course! Because the town’s lights were all off, it was extra dark outside. We gazed up at the stars – many more stars than I had ever seen in the United States! The vastness of the sky and the sheer number of stars could have kept me gazing up for a long time!

One professor of astronomy said that there an estimated 100-200 billion stars just in our Milky Way Galaxy. In the estimated 10 trillion galaxies, then, a rough estimate would be that there are 100 octillion stars, or 1 x 1029. Incomprehensible numbers! Now hear what the Word of God says:

He telleth the NUMBER of the stars; he calleth them ALL by their NAMES. Great is our Lord, and of great power: his understanding is infinite. – Psalm 147:4-5

Amazing! What the wisest astronomers and professors can only estimate, our God knows the exact number of stars in our sky, probably a number truly incomprehensible to our human, finite minds. Not only does He know how many there are, but He calls them all by their names. How often have you forgotten someone’s name, even someone who you know well? Yet upwards of 100 octillion stars, and the Lord knows each one’s name. Truly, the second verse has stated it well – Great is our Lord and His power! His understanding is infinite, beyond, never ending. There is nothing that He does not understand.

Lift up your eyes on high, and behold who hath created these things, that bringeth out their host by number: he calleth them all by names by the greatness of his might, for that he is strong in power; not one faileth.

This verse reiterates the fact that He knows the number and names of all those stars, and it further reminds us that He is the Creator and Sustainer of all of those stars. The magnitude and magnificence of our Lord is displayed by the stars. To try to sit and comprehend this leaves one in awe and amazement at this powerful God! 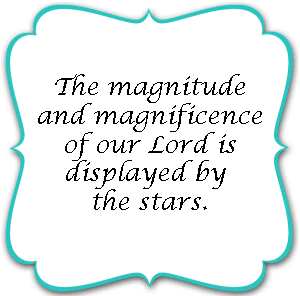 But as we read these verses, is there not application to us?

Of course, seeing the greatness of our God is a wonderful thing to meditate upon. But He Who knows the number of the stars also knows the number of the hairs on your head (Matthew 10:30). He Who calls the stars by name also calls you by name (Isaiah 43:1). He understands you. He is intimately acquainted with every detail of your life, and His great power that formed the stars is just as available for you in your daily life, no matter what today may bring.