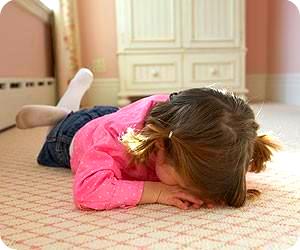 Some things just need to stay between me and the Lord. – Betty Bynum

Sometimes we joke about being a Drama Queen. We roll our eyes and label others as “Drama Queens” all the while we vocalize the trauma of our own lives. The dictionary defines drama as “a situation or series of events involving intense conflict and a person who acts as though things are much worse than they really are.” Really, this is taking a situation with a simple solution that would bring about a fairly good outcome and making it bad. This is done by gossip, slander, lying and malice (a desire to hurt someone).

As Christians, it’s important to take every-day situations and look for answers in the Word of God. What does the Lord think about drama? What is the answer to my own drama? How do I handle someone else’s drama?

Before we look at the Scriptures, answer these questions to find outhow big of a Drama Queen you are:

1) You don’t get invited to a birthday party from someone in the Youth Group, do you…

A) Bad-mouth all the people who went and lock yourself in your room?
B) Write about how you were betrayed on social media?
C) Confront them about it the next day?
D) Shrug it off and give them the benefit of the doubt (maybe you were forgotten)?

2) You hear a rumor about yourself, do you…

A) Start a rumor about the person you assume started it?
B) Turn the gossiper in to the authorities?
C) Give them the cold shoulder?
D) Let it go…like water off a duck’s back?

3) You did something bad in school or church that everyone knows about, do you…

A) Make excuses and shift the blame on someone else?
B) Despise the authority for correcting you?
C) Throw your arms up and quit (like running away from the problem)?
D) Confess it and seek reconciliation with God, authorities and peers?

4) You often get ignored, made fun of, and treated poorly by others, do you…

A) Give them a piece of your mind?
B) Quit the school or Youth Group?
C) Break down and cry, alone or in public?
D) Give it over to the Lord, trusting He will stick close by you?

If you were honest and found that sometimes your responses were either A, B, or C, then my friend, you’re a DRAMA QUEEN! 🙂 We all have a tendency to be overly dramatic from time to time. But don’t let it become a pattern in your life and a label to your name.

D.R.A.M.A. According to the Bible

Drama first starts with opening our mouth. Our mouths are how we promote drama. Proverbs 13:3b says “…he that openeth wide his lips shall have destruction.” That phrase openeth wide his lips is referring to blabbing or non-stop talking. This verse really is a promise – “shall have.” It’s the law of sowing and reaping. Proverbs 18:7 says, “A fool’s mouth is his destruction, and his lips are the snare of his soul.” We add multiple problems to our own lives when we speak words that are NOT true, honest, just, pure, lovely, or of good report.

Maybe you would say, “But what I’m saying IS true!” The word true here is talking about truth – namely the truth of God’s Word. Even if what is being said is true, if it’s not just, pure, lovely, or of good report, then it really isn’t true, according to the Word of God.

Being a Drama Queen is very destructive. It’s destructive to everyone involved – primarily to the one causing it! When David’s life was threatened by Abimelech, he prayed to keep his tongue from evil and his lips from speaking guile (Psalm 34:15). David didn’t want to sin with his mouth, even if it was about his enemy, because he knew it would bring destruction to HIS own life. Destroying your inner Drama Queen will take restraint and prayer, or else it will destroy you.

Rebellion is open resistance to authority. One of the worst things you can bring into your family and youth group is conflict – or drama. Drama Queens really are rebels at heart. Whenever rebellion is mentioned in the Bible we see destruction and judgment. We are warned constantly throughout the Bible about our natural rebellion and are urged to repent of it. Rebellion, likened to witchcraft, is a ploy of Satan. He likes to make us think that drama is okay and normal, especially in a teen girl’s life. But don’t be deceived – unnecessary conflict and stirring up strife in people’s lives is an act of rebellion.

When Nehemiah set out to rebuild the walls of Jerusalem, there were many rebels standing up to him and causing problems. I love Nehemiah’s response to them… “The God of heaven, he will prosper us; therefore we his servants will arise and build: but ye [the rebels] have no portion, nor right, nor memorial, in Jerusalem.” Yes! I would have cheered Nehemiah on if I were present that day! You see, those who bring conflict within a family, school, or church FORFEIT the RIGHT to enjoy the blessings and privileges it offers! By playing the Drama Queen, you also play the rebel and in the end rebels always loose.

There is wonderful news for a rebel, however. At the end of the Book of Nehemiah the character of our God is revealed – “but thou art a God ready to pardon, gracious and merciful, slow to anger, and of great kindness, and forsookest them not.”

Arrogance is defined as “exaggerating one’s own worth and showing an offensive attitude of superiority.” In other words, it’s pride. The Bible is very clear about how the Lord sees the proud – He resists them and calls them an abomination! However, the opposite of pride, humility, is recognized and exalted by the Lord. (James 4:6; 1 Peter 5:5)

Arrogance plays a big part in drama – it’s all about SELF! My problems, my issues, my feelings…it cares nothing for the well-being of others but is exalting yourself and putting your needs above everyone else’s. Philippians 2:4 says, “Look not every man on his own things, but every man also on the things of others.” This isn’t talking about being a snoop but means caring for one another by meeting their needs (physical, spiritual, or emotional).

The first part of Proverbs 28:25 says, “He that is of a proud heart stirreth up strife…” We see the truth of this verse illustrated in drama and Drama Queens. Instead, Christians ought to
“be subject one to another, and be clothed with humility,” and “in lowliness of mind let each esteem other better than themselves.” (1 Peter 5:5; Philippians 2:3)

To manipulate someone means to “control or influence them cleverly or unfairly in order to get something you desire.” Drama Queens are so starved for attention that they manipulate situations in order to get it – unfortunately, the attention they often do get is negative. In seeking that attention, all their energy is focused on perceived wrongs and obsessing over situations rather than on the important things, like building their relationship with the Lord and edifying others. By constantly demanding attention, they hurt people, promote themselves, and quench the Holy Spirit from doing a good work!

The key to combating this attitude is relinquishing the need for control in our lives. Jesus Christ was our ultimate example. Rather than manipulating the situation to get what would have been just, He relinquished control to the Father. 1 Peter 2:23 says, “Who, when he [Jesus] was reviled, reviled not again; when he suffered, he threatened not; but committed himself to him [the Father] that judgeth righteously:” Let God be the Judge in the dramas of life. Commit your situations to the Lord and stop trying to manipulate the outcome to your liking.

In the midst of gratifying their own needs for acceptance, love, and attention, Drama Queens violate these same needs in others, and in so doing, they also wear people out and push them away. It’s a double standard… they expect themselves to be treated in a certain way but then treat others exactly the opposite!

In Matthew chapter 7, shortly after Jesus teaches His disciples to judge someone by the same standard they judge themselves, He says that “whatsoever ye would that men should do to you, do ye even so to them.” Drama Queens have a higher standard for others then they do for themselves and often expect to be treated better than how they treat others! (That doesn’t sound fair.) The word abusive means “extremely offensive and insulting.” There’s no way around it – this sort of “drama” is totally displeasing to the Lord. There is absolutely no excuse to be mean-spirited toward others. Even when we’ve been mistreated and abused, we are still commanded to love, pray, and bless that person in return.

Maybe you’ve identified with the Drama Queen. You see some rebellion and pride in your heart and a tendency to manipulate, destroy, and abuse your relationships. The life of a Drama Queen is not fun. So make the choice to leave the D.R.A.M.A. behind and seek after P.E.A.C.E.

P – Purpose to go to Jesus first (not last) when I feel the need for other people’s attention and affirmation.

E – Endeavor to be quiet, even if it means my reputation could get disgraced.

A – Avoid obsessing over my image and let God get the glory.

C – Cease from telling all my stories. Remember, some things just need to stay between you and the Lord.

E – Entrust the Lord with my problems knowing He will walk me through in His perfect timing. 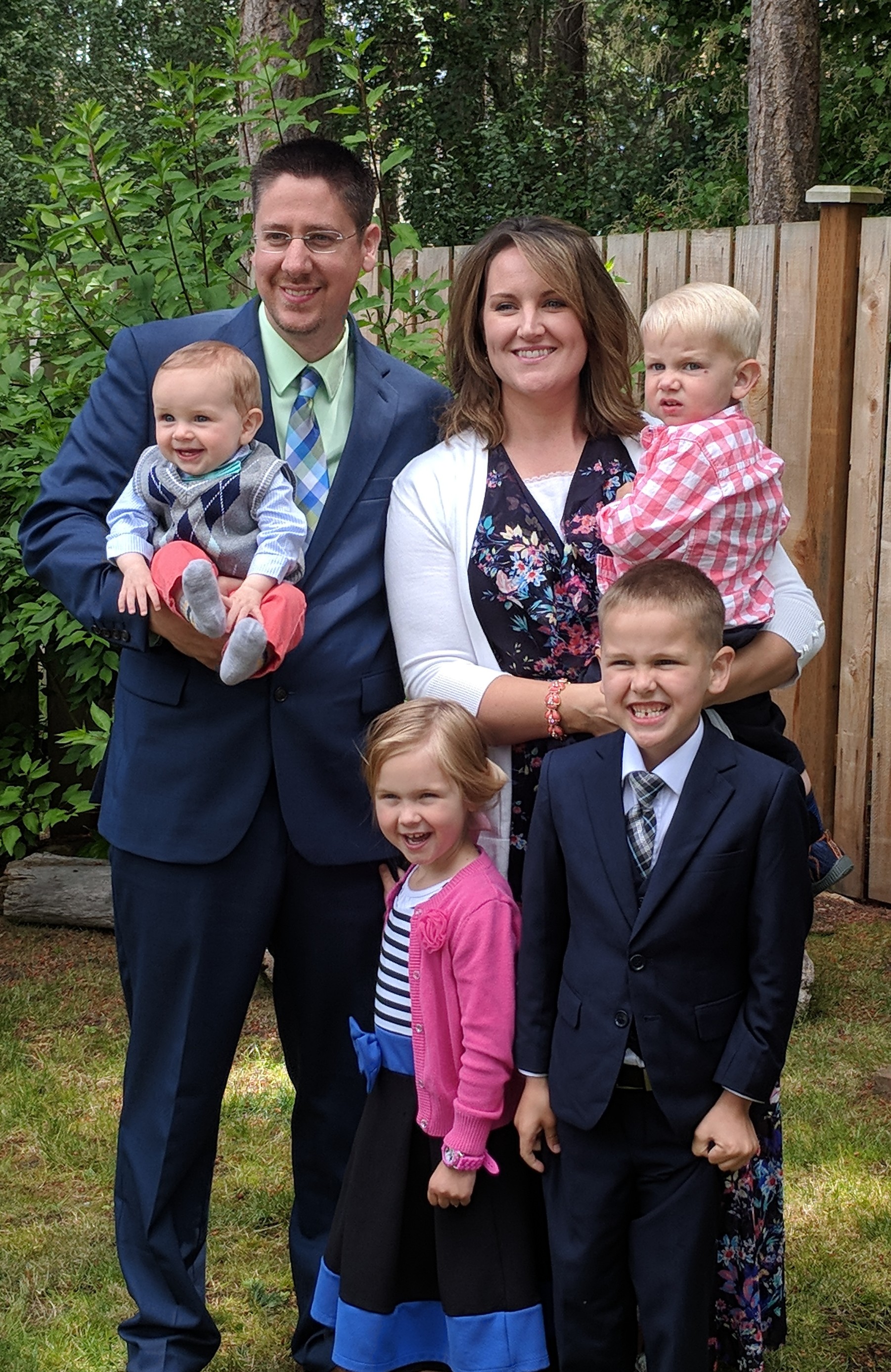