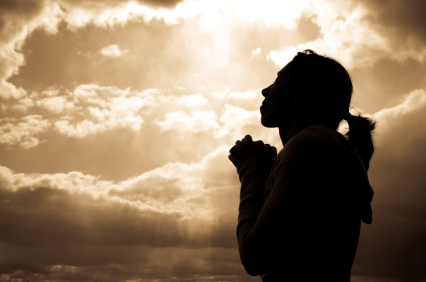 There they were, utterly trapped and about to be obliterated, or at the very best, taken back to Egypt and put back into slavery. “Moses,” they cried, “why did you bring us here just to die?” Of course you know the rest of the story. God miraculously brought the cloud to confuse and stall the Egyptians. He parted the Red Sea and guided them across on dry land. Then when the cloud was suddenly lifted and the Egyptian army rushed out, God brought the waters back down. Can you imagine that celebration they had on the shore? God provided! God took care of their needs! God protected them in a way they never even imagined! 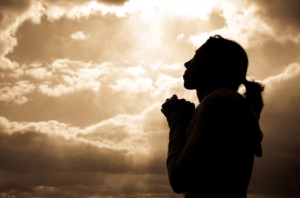 I think one of the hardest things that a single woman struggles with is the whole issue of security. It is a many-faceted problem, and one that we often think would be solved by getting married. “If only I had a husband, then I would have someone to take care of me, someone to share my burdens. If only I was married, I would have financial security, a place to live, someone to love me unconditionally, and someone else to just be in charge and make the decisions for me!” Maybe I just added that one on there for myself, because I don’t like to make decisions. 🙂

Too often we find ourselves in the exact same place that the children of Israel found themselves in, merely days after the miraculous Red Sea event. They had been walking for quite awhile, which probably wasn’t as easy as it sounds. They had everything they owned on their backs. They had their children, their animals, their clothing, their food, their kitchenware, their tools… everything! The progress was slow. The weather was hot and dry. They were in the wilderness, that should tell you something right there! It wasn’t very interesting and if they saw a mountain in the morning, they were probably looking at the same mountain for several days after.

Soon the lack of water became an issue. Once again, they turned to Moses. “Why have you brought us out in the wilderness to die?” Now hold on just a second! Only days before, they had said nearly the same thing, and what did God do? He gave them a series of miraculous events that should have proved to them once and for all that He was going to take care of them. He had started this whole journey, and He would bring them through to the end. The only thing they had to do was keep walking and, oh yeah, trust in Him.

Have you ever found yourself faced with a dire situation? Suddenly a decision has to be made – this moment you must take action and try to salvage what you can. Maybe it’s a job gone sour, a relationship gone south or just the daily drudgery of walking on. Before you point your finger at God, before you decide it’s worthless, and before you make an impulsive decision based on your flesh, stop and think for just a moment. Where has God brought you from? What has He done up to this point? Did He promise that He would take care of you? Did He promise that He would guide you? Then why are you so stressed out? Why do you feel like the world is coming to an end? Do you really think that the addition of a husband would solve this problem? Even if it did, do you think that God has a lesson here for you?

Here’s a practical step that you and I can both take when we feel the walls are closing in and we just might lose it. Take out a piece of paper, a journal, or a blank document. Think back in your life to what God has done for you. You don’t have to go all the way back to the beginning of your life; you could start with yesterday. Are you breathing air? Did you eat food? Do you have clothes to wear? What do you have to appreciate about your life right now? Now, what hard situation did God take care of for you? What problem did He solve? What great need did He meet in an unexpected way?

And then comes the thing that will seal the deal: Did God bring you this far in your life to abandon you? Can a husband give you any better security than your God can?

I know; it’s a hard lesson. It’s a lesson that I keep coming back to… just about every day! Just remember: as God was in the past, so He will be in the future. The same God who cared for and provided for the Bible characters we read about is just the same today. You can count on Him!