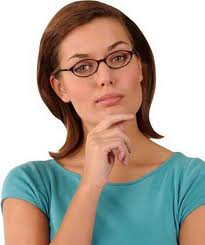 There is a question that has been debated for years in theological circles. That is the question of whether the minister’s wife should feel a divine call from God. On one side you have those who say that unless the wife receives a special call from God, she will never be able to stand up under the stresses and strains of the ministry. Others say that if a woman is being led of the Lord to marry a minister, and is willing to make the necessary sacrifices cheerfully, and take on the many extra burdens of being married to a minister for the Lord’s sake, then she can consider that a leading into the Lord’s work.

While I don’t pretend to be smarter than those that argue in theological circles, when we look at the Word of God, it is clear that God does not call women to be preachers. Only men are called by God to the office of a pastor or missionary. But I also know that the wife is an important part of the equation, because if a wife is not in agreement with what her husband is doing, she can make life miserable for him. There have been men who felt called into the ministry, and they have foolishly married a wife who had no desire to be a pastor’s wife. Their ministry suffers, because such a wife will not be able to give him the support he needs to carry out the ministry God has called him to.

As a woman, God does call you to two things. First, He calls you, as He does every Christian, to be a living sacrifice (Romans 12:1-2). His desire is that you present yourself to Him, no strings attached, to do whatever He asks you to do. Second, as a wife, God calls you to be a helpmeet to your husband. Therefore, if your husband is called into the ministry, that means you are called to be there alongside him, helping in whatever way you can. Therefore, a woman who marries a preacher realizes that the Lord is leading her personally into His service as a helpmeet to her pastor husband. She needs to be aware of the difficulties that may lie ahead. She must be willing to stand with her husband in whatever situation they may face.

What about the woman who marries a man who is working a secular job, and later he feels called into the ministry? This wife will indeed have a severe test to face. However, as long as her husband is sure of his call, there is no doubt that the wife is called also. God never plans separately for husband and wife. In His eyes, they are one. The husband who feels called into the ministry after he has been married is wise to wait until his wife is wholeheartedly in support of the idea before he goes further. The wife must then bring her will and desire into line with that of the Lord and her husband. Doing this may the hardest adjustment of her life, but she can do it with the Lord’s help.

When God links you with your husband, be assured that He has made you to be the woman your husband needs. That is true whether your husband is called of God to be in the ministry or whether he works a secular job. So if God has called your husband to full-time Christian service, then consider yourself called also—called to be the best helpmeet that your husband can ever have!