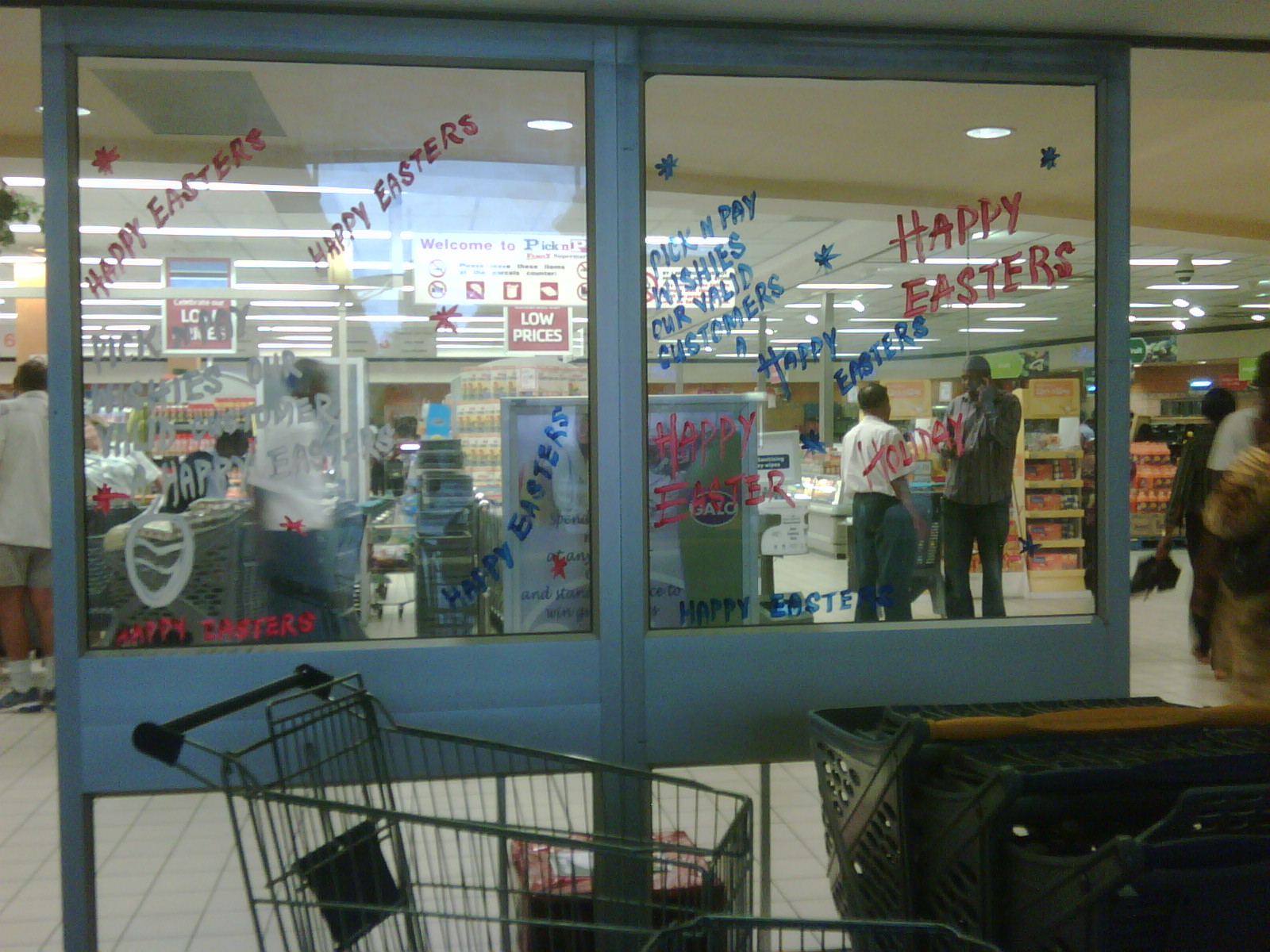 Many things have happened since our last update. I would love to tell you everything, but I shall limit myself to 3 cultural experiences.

The first and biggest cultural experience was my husband’s case of malaria. When he woke up on Monday morning complaining about a severe headache, muscle pain, joint pain so severe he could hardly walk, chills, fever, and feeling very tired, my nurse’s brain immediately thought, “Malaria.” I quickly googled it on my laptop, and sure enough, the symptoms matched perfectly. The timing was also right, since it had been 10 days since they had returned from Zambia. If you look at a map that shows the malaria areas in Africa, the whole country of Zambia is considered endemic for malaria.

We were scheduled to travel to South Africa on Tuesday to spend some time with our family there. I chatted with George and he agreed with me that we should go to South Africa as planned because if it was indeed malaria, we could get better medical care there. George made a doctor’s appointment for Tuesday afternoon and the blood test confirmed that it was indeed malaria. The next few days were pretty rough, but thankfully we caught it early enough before it got too severe.

Here are some interesting facts we learned about malaria. There are 5 different species of parasites that cause malaria. The one he had is the most common and the most deadly. Thankfully he did not have the one that hides in your liver and then can attack again later.

Malaria is spread by the female mosquitoes. (My hubby says that is why they like him so much—the ladies have good taste!) The disease passes to the victim through the saliva of the mosquito. Within minutes after being bitten, the parasite has already traveled to the liver and set up shop. There it begins to multiply, until there are so many parasites they overflow into the blood stream. This is when the symptoms begin to appear, and can be anywhere from 6 to 30 days after the mosquito bites you, depending on how fast the parasites multiply.

In the blood stream, the malaria parasites infect and destroy your red blood cells. Since its symptoms so closely resemble flu symptoms, many times it is not recognized as malaria until the disease is very far advanced. If left untreated, it can cause breathing difficulties, severe anemia, liver disease, brain swelling, coma, and death.

Each year there are more than 225 million cases of malaria with 781,000 deaths. 90% of those that die are here in Africa, and the majority of those are children.

Will he go back to Zambia? Yes indeed—in fact, he is planning a trip the first part of April. There are 30 national pastors there that are begging him to come back and teach them some more. We are smarter now, and have learned some things we can do to protect him better. But ultimately, protection is of the Lord, so we rest in Him.

The second cultural experience has to do with ants—again! It seems like the little critters are everywhere. When I hang out clothes in my back yard on the clothesline, I have to be very careful where I step. If you step on a few ants and kill them, they all come swarming. Soon they will be crawling all over your shoes and up yours legs. These are the biting ants, so that adds to the fun. And there are so many of them, it is impossible to not step on them. So I wear my sneakers when I hang out clothes, and I also spray my legs and shoes to discourage them from crawling up my legs. Have you ever been in public and gotten an ant in your underwear? Let me tell you, it is quite an experience!

One day last week I decided to have a bowl of granola and yogurt before going to bed. So I put some yogurt in a dish and then poured the granola on top. Just as I was getting ready to take the first bite, I thought I saw something moving in my dish. I looked a little closer and sure enough—there were ants crawling in and out through the granola in my dish. I immediately got a sick feeling in my stomach—not because I had taken a bite yet. No, my mind was thinking back to that morning when I had eaten a bowl of that same granola. In a momentary lapse of intelligence, I had forgotten to check the granola for ants. So—had the ants found the granola sometime during the day…or had I eaten ants for breakfast? Needless to say, I didn’t eat the granola in my bowl, and I poured out the rest that was still in the sack. And hopefully I learned my lesson to check before I eat!

The third cultural experience is one that we see frequently and is always good for a laugh or two. English is the “official” language of Botswana, but Tswana is the heart language of the people. When they try to write things in English, it makes for some funny phrasing and words. Menus in restaurants are especially fun to read. It is also fun to read the newspaper. One day recently I was thumbing through the Northern Advertiser. They had some quotes on a few of the pages—they were all entitled Tit-Bits! The other day, Rachel and I were shopping for groceries. Just as we entered the Pick-n-Pay store, we saw this sign on the window: 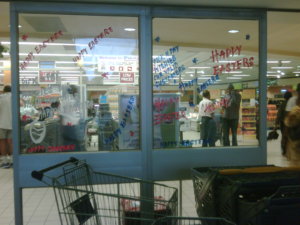 In case you can’t read it, it wishes everyone a Happy Easters. Then they want to thank all their valid customers. Rachel and I hoped that we were not invalid customers!